Osimhen has since inherited the no. 9 shirt and put on impressive performances so far. 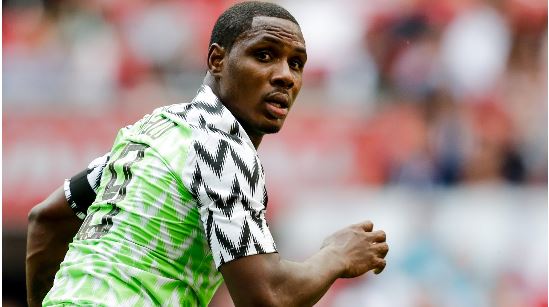 Odion Ighalo has warned his successor in the Super Eagles team, Victor Osimhen, not to get carried away by the hype.

After finishing as the highest goal scorer at the 2019 Africa Cup of Nations, Odion announced his retirement from international football.

Osimhen has since inherited the no. 9 shirt and put on impressive performances so far.

The Lille striker scored in a 2-1 victory over Benin Republic last Wednesday, before bagging two goals and two assists on Sunday, as the Eagles won 4-2 in Lesotho.

Ighalo has, however, told him to remain focused and to keep learning.

“I always told him that he has everything it takes to lead this attack, but it all depends on him.

“I told him he has to keep working hard, stay humble and always be ready to learn, and above all not to get carried away with success or hype but just to keep improving,” Ighalo told ESPN.