The police, officials of the Lagos State government, and vet doctors have evacuated the two-year-old lion discovered in a residential building in Lagos State to a zoo. 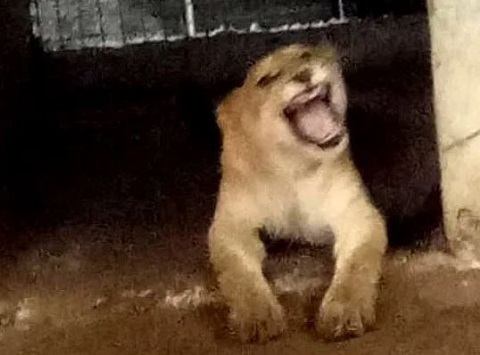 The lion kept in a cage was said to be owned by an India National living in the apartment.

The removal was sequel to alarm raised by a neighbour to the Indian residence to authorities of the presence of the lion in the neighborhood considered as highly dangerous to the people in the community.

Confirming the report to Vanguard Newspapers, Chairman of the state taskforce, Chief Superintendent of Police, CSP, Yinka Egbeyemi, said that the lion was removed at about 1. pm and relocated to one of the zoos in the state for proper habitation and tendering.

According to Egbeyemi, “There is no cause for the alarm to the people living in and around Muri-Okunola, V.I as men of the agency and officials of the relevant state ministries evacuated the lion and was taken to one of the zoos in the state for proper habitation and tendering.

Egbeyemi, however, said the Indian national who owns the lion has been invited for questioning.

“Administration of Governor Babajide Sanwo-Olu of Lagos State will not condone any act inimical to the security of lives and property of citizenry.”

The evacuation of the lion which had been put under strict surveillance by men of the Nigeria Police Force deployed to the area to prevent the animal from causing any harm, led to terrible traffic jam in the area.

At press time normalcy has returned to the environ as normal activities resume to the area.