Two girls have reportedly lost their laptops to a Facebook fraudster in a community in Anambra state. 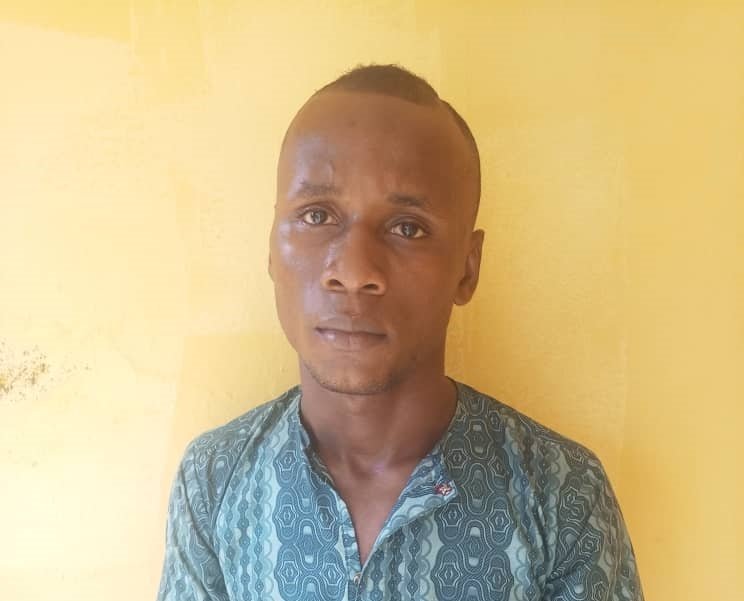 According to a report by The Nation, two girls reportedly lost the sum of N418,000 to a 22-year old suspected facebook fraudster, David Maduabuchi in Okpoko, near Onitsha, Anambra state.

The victims, Ogechi Miracle and Chinasa Peter, both 18 years were allegedly lured by the suspect on Facebook under false pretences of marrying them.

The Nation gathered that the victims had stolen the said sums at different times from their parents after being swindled by the suspect.

The suspect was also said to have collected some undisclosed number of laptop computers from his victims.

The police spokesperson, Haruna Mohammed who confirmed the incident on Wednesday, said the suspect has been arrested.

“Suspect specializes on swindling vulnerable youngsters particularly teenage girls on Facebook and hoodwink them into stealing from their parents and guardian for him.

“Preliminary investigation revealed that between the months of March and November, 2019, the suspect lured one Ogechi Miracle ‘f’ aged 18years and Chinansa Peter ‘f’ aged 18yrs on Facebook under false pretences of marrying them.

“Victims were further tutored by the suspect and they both stole the sums of three hundred and eighteen thousand naira (#318,000) and one hundred thousand Naira (#100,000) respectively at different times from their parents, as well as laptop computers which they handed over to him.

Mohammed, however, said the case was being investigated after which the suspect would be charged.