The IGP said that all security personnel, who worked during the elections were given special identification tags. 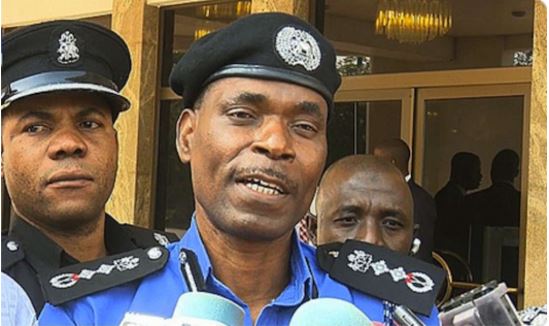 The Inspector-General of Police, Muhammed Adamu, has identified suspected policemen recorded while disrupting voting in Bayelsa and Kogi elections.

Adam, after the meeting of the National Security Council, presided over by President Muhammadu Buhari in Abuja, on Tuesday, said those caught on tape were “fake” officers.

He said that all security personnel, who worked during the elections were given “special identification tags”, adding that anyone without the tags was on illegal duty.

“Before the elections, there was threats assessment of the two states and we realised that there was going to be violence in two states”, NAN quoted him as saying.

“Because, during the campaigns, we saw how the opponents were fighting themselves, so we prepared so much for that. During one of the stakeholders meeting, I went to Kogi with the chairman of INEC and I also went to Bayelsa.

“Even at the point of signing the peace accord to conduct the election without any problems, after signing a peace accord in Kogi, within the hall there was problem by the parties.

“So we knew that it was not going to be easy and so we had to prepare heavily for the elections.

“During the elections, anybody you saw either in police uniform or military uniform that does not carry the tag that has been given for the election, that person is not genuine police officer or military officer or that he was not on official duty.

“We were aware of the fact that some politicians were going to sew police and military uniforms, so we devised some other means of identifying those that were on election duty. We gave them tags,’’ he said.

On why the Police allowed violence during the elections even with security reports before the exercise, he said: “You see, it depends on the way you choose to interpret.

“We did our assessment, we knew these things will happen but what we needed to do was plan to prevent it, or if it happens, to arrest. That explains why the number of policemen we sent to those states were so massive.

“Now, when you get the information and you did your assessment and you did your plan, the bad guys are also planning, and the people we are dealing with here are politicians. So, for us to be able to distinguish the bad from the good, one of the strategies was to create a situation that will enable us to identify the good ones, genuine personnel.

“Then anyone without identification tag, is a bad guy and then we pick him. They came out as they planned but then, we made some arrests on the spot where we saw them, those that escaped through information and intelligence we also picked them.”