This is a look into the really ugly and shocking sides of the recent Kogi state governorship election. 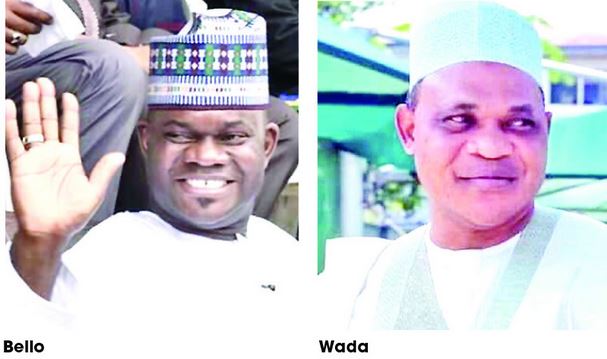 The 2019 Kogi State governorship election may have been won and lost, leaving the losers to nurse their wounds and the winner in endless joy and celebration. However, the exercise will go down in the history of Nigeria as one of the most violent polls. Tears and apprehension continue to trail the election as no fewer than 12 persons have been reportedly killed while members of the opposition party are said to have gone underground for fear of being attacked by political thugs.

The election was characterised by brute show of force, intimidation, arson and killings by thugs, most of who were allegedly under the cover of the police and other security agents.

But already and expectedly, encomiums and congratulatory messages have continued to pour in for the winner, Governor Yahaya Bello, of the All Progressives Congress (APC) while the losers especially the Peoples Democratic Party (PDP) candidate, Musa Wada, among others, have not only rejected the outcome of the poll but have also threatened legal fire and brimstone at the election tribunal.

From Lokoja, the state capital, Dekina, Ofu, Ajaokuta, Ogori Magongo, Ankpa, Igalamela/Odolu, Okehi to Okene and beyond, it was a reverberation of violence and show of force as the poll was replete with incidences of intimidation, harassments, killings and maiming of the defenceless electorate.

At many polling units and voting centres, the poll was characterised by voter inducement/vote buying, non-use of Smart Card Readers and other grave electoral fraud.

While some places show early signs of a promising free, fair and credible poll, there were visible signs of a charged atmosphere and situation portending danger at some others.

Election materials had arrived very early, Smart Card Readers functioned perfectly at some polling units and accreditation and voting, had commenced at the stipulated time. However, at other polling areas, it was a catalogue of complaints, ranging from disruption of the voting process, malfunctioning of Smart Cards, use of fake voters card, apathy to excessive use of force and brazen connivance with security agents.

Use of sporadic gunfire to scare away voters and hijack electoral materials was widely recorded. Under-aged, multiple voting, thumb-printing, ballot boxes stuffing and impersonation were also widespread. Other infractions to subvert the popular will also took the form of coordinated attacks on the voting environment by deployment of hoodlums to unleash mayhem, especially in opposition stronghold.

The Kogi election was like the story of the seven blind men and the elephant. In the perception of Centre for Democracy and Development (CDD), a Non-Governmental Organization (NGO), Kogi governorship election can better be described as gunpoint democracy and for Senator Dino Melaye, it was a helicopter election; for the governorship candidate of the Social Democratic Party (SDP), Natasha Akpoti, it was a “civil war” imposed on Kogi people but for the PDP, it was a sham and murder of democracy; YIAGA AFRICA Watching the Vote (WTV), said it was a mockery of democracy.

In whatever names it was described, Kogi governorship poll lamentably recorded avoidable deaths on Election Day and beyond, just as many injured persons are still battling for their survival at various hospitals. History will also remember Kogi poll as one where police helicopter, hovering around the state capital, were allegedly accused of not only to perfect rigging and perpetrate other electoral frauds by one of the parties but also an instrument used to unleash terror on the defenceless electorate.

In rejecting the outcome of the election through a petition she sent to the INEC chairman, Prof. Mahmood Yakubu, SDP candidate, Akpoti, had urged the Commission to outrightly cancel the election especially in Kogi Central Senatorial District where election did not hold in about 780 polling units and other parts of Lokoja, and order for a rerun.

“The APC-led thugs were shooting at voters, which resulted in their deaths. The thugs, in most cases, were shielded by security agents who were supposed to provide security for the citizenry. What happened in Kogi Central and other parts of the state is a far cry from a credible election. Ballot boxes were destroyed and burnt in Okene, Adavi, Ajaokuta, Ogori Magongo and Okehi Local Government Areas and other parts of the state.

As for the PDP candidate, Wada, police colluding with officials of INEC to undermine the will of the people, was a rape of democracy, just as he urged all lovers of fairness to join PDP in condemning what he called a charade.

Describing the exercise as daylight robbery, he alleged that results were doctored for the APC, jesting that INEC should not have conducted the election if it knew it would not reflect the wish of the Kogi people.

“Imagine Okene LGA, which used to return 40,000 votes in past elections, suddenly brought out 112,000 votes while her neighbour, Okehi, also brought in 64,000; figures that would be more than the rest of the local governments in the state.

“It is the insincerity of the APC that has made the whole process a sham. It is not about Wada but of the suffering masses of the state. I am pained for the people who would continue to suffer for another four years. You can see that Lokoja, the state capital, which was agog during weekend, was a shadow of itself as nobody celebrated. The results were not the true representation of what happened on the field.

“We were prepared for the election, campaigned across all the local government areas, but how can one confront a government with all the apparatus of cohesion? Imagine security agents using helicopters to teargas voters. It happened in Ganaja. Some people were shot at from the helicopter. In fact, two persons lost their lives,” he decried the poll.

Expectedly, foreign and domestic observers were not also left out in the condemnation of the governorship election. Although sharply divided, many had criticised the poll based on what it called the connivance of the security agents with both state and Federal Government, rejecting, in totality, the outcome of the election and calling for the cancellation. Yet to other observers, the poll was peaceful, free and fair.

Alleging that security agencies aided the massive rigging witnessed in the Kogi governorship election, Senior Fellow of CDD, Prof Ibrahim Jubrin, had lamented that political thugs operated freely and attacked polling stations, charging; “the president to intervene to address the question of the very rapid decline of the integrity of Nigeria election.

“The key problem in the elections in Kogi State is that very clearly, security agencies with constitutional responsibility for the rule of law, defence of the citizens and their rights were clearly complicit in organising the disruption of the election.

“They directly engage in allowing attacks at polling units for the carting away of electoral materials and for producing an outcome that is not in conformity with the wishes of the voters who would have wanted to make a choice of whom their leaders should be.

“Specifically, we are concerned about the direct contradiction of the massive police deployment numbering 30,000 for both Kogi and Bayelsa State but on ground, that massive deployment was not visible. We went through lots of the key roads leading out of Lokoja and there were no checkpoints precisely because police were not there to check.

“Those moving around were armed thugs in Hilux vans, carrying weapons, moving systematically from polling unit to polling units. Nobody checked them and this is a direct indication that there was state complicity in what happened.

“We are calling on the president as chairman of the Police Council and also as a person with the utmost responsibility for the defence of our constitution, to set up a panel to establish exactly why state agencies refused to play their constitutional role in this election,” CDD noted while presenting report of the election.

In its preliminary report on Saturday, YIAGA Africa had noted that the desperation to win through voter inducement and vote buying, the parties paid the electorate as much as N5,000 in some cases in exchange for their votes, while INEC officials were given N15,000 and Security agents N50,000 to compromise the process.

Although in the estimation of many political watchers, Kogi State governorship election was anything but free, fair and credible, however, in the judgement of INEC, it met every criterion, necessitating the declaration of the winners and losers.

Defending its action, National Commissioner and chairman, Information and Voter Education, Festus Okoye, had argued that the issue of cancellation of the results was beyond INEC, insisting that only the collation and return officers had the powers to make any pronouncement on the election. “The commission did what it was required to do by law, and other stakeholders were required to play their roles to ensure a peaceful election.”

In upholding the result of the election, President Muhammadu Buhari alongside the governors on the platform of the APC, had congratulated Governor Bello, and urged the losers to seek legal redress instead of taking laws into their hands.

“Bello’s victory at the polls is a race well run and a victory well won. It is as a result of the determination of the APC supporters and stakeholders. I also warn the opposition against embarking on violence. All political actors and stakeholders must take deliberate steps to eschew electoral violence as a peaceful and orderly process is vital to our quest for enduring democracy,” President Buhari warned.

For the national leadership of the APC, it was a measure adopted to crush the PDP rigging machine, stressing: “there remains much to be done in ensuring the sanctity of our electioneering process, particularly partisan approach to elections. The PDP must begin to address itself to the new reality that votes are beginning to count.

For many Kogi indigenes especially of Ebira extraction, the outcome of the election was a triumph against ethnic suppression and an emancipation of Ebira nation from the shackles and perpetual servitude of the dominant Igala kingdom.

Beyond the interpretation of the election from the perspective and dimension of deepening of tribal war between the Ebira and Igala nations, political watchers had maintained that the poll was not a departure from the typical traditional brand of violent election Kogi has been known for.

As attentions shift to the Election Appeal Tribunal for the legal fireworks, even with the PDP candidate expressing scepticism and reservation against the Nigeria justice system, the Kogi State governorship poll still leaves much to be desired.

The poll will go a long way in entrenching what many may tag the desperation of politicians to deploy every machinery at their disposal to ensure that they are declared winner at all costs since it is not always easy to upturn such declarations.

Most political watchers will have to seek succour in the resolution of the PDP candidate, Wada, who said: “although it is common knowledge how all the institutions have been bastardised by the APC government, however, we will have to rely in exhausting all legal means to get redress.”