A High Court has dissolved the appointment of four new emirs which Governor Ganduje appointed as first-class chiefs and upgraded their domain into emirate councils. 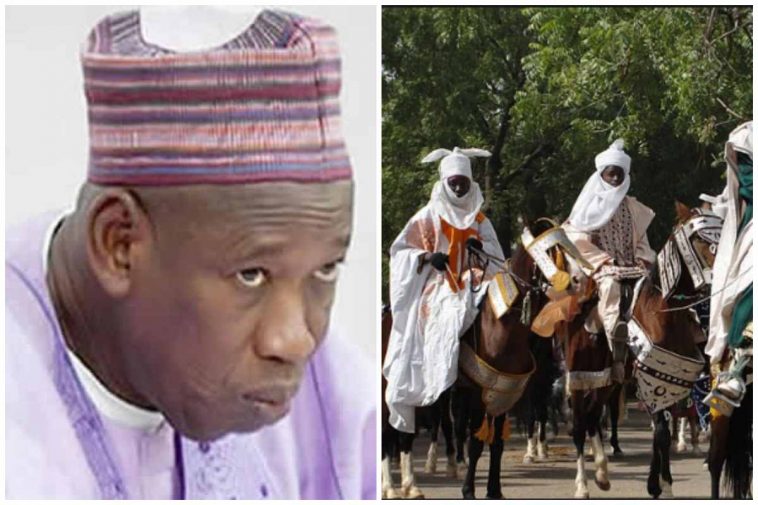 A Kano High Court has nullified the appointment of four new emirs upgraded to the status of first-class emirs by Governor Abdullahi Umar Ganduje.

Subsequently, the court invalidated and ordered the immediate dissolution of their emirate councils established alongside the emir’s appointment.

Governor Ganduje appointed the four emirs as first-class chiefs and upgraded their domain into emirate councils, a deliberate attempt to decimate Emir of Kano Mohmmadu Sanusi.

Prior to the appointment of the new emirs, Kano state government had sent an executive bill for the amendment of Kano state chieftaincy law to the state assembly.

In his ruling presiding Judge, Justice Usman Na’Abba insisted the additional four emirates and their first-class emirs created by Kano State Government were not properly constituted and thereby render invalid.

Justice Usman also ruled that the Kano State House of Assembly had violated the provision of Section 101 of the 1999 Constitution of the Federal Republic of Nigeria (as amended), which allows the assembly to make laws, insisted the law creating the emirates were null and void.