The suspect had confessed to the crime and led police detectives to the place he hid the firearm he used in committing the crime where a one single barrel gun was recovered. 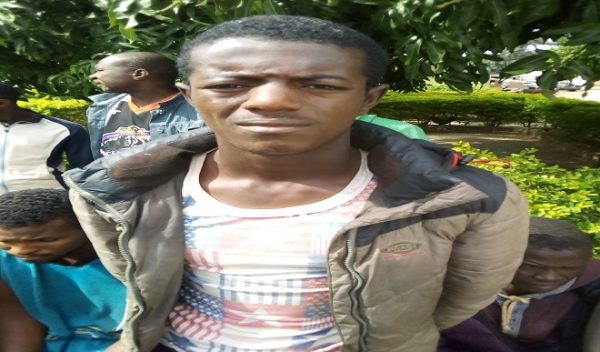 A 20-year-old by the name Abbas Abubakar of Kissayip village in Bassa local government area of Plateau State has confessed to killing his uncle’s wife on the grounds that she was responsible for killing his uncle and his cow.

The suspect who was paraded by the Plateau State Police Command at the Headquarters in Jos alongside 33 other suspects said his victim had also boasted of killing his uncle and threatened to kill him and other members of his family.

According to Abbas who married last year, “I was not in my right sense at the time I committed the crime, I felt like I had been possessed, but after the action, I realised what I had done and I am sorry for it.”

Narrating how his father’s younger brother was killed, Abbas said, “he was ill and on our way to take him to a traditional healer, he began to call her name; accusing her of spiritually choking him. She had also confessed to me that she killed him and vowed to wipe out my family.”

Earlier, the Plateau State Police Commissioner, Isaac Akinmoyede while parading the suspects said on the 13th of November, one Maitala Bako of Kissayip village in Bassa had reported to the Police that his wife, Fatima Maitala age 34 was shot dead by a unknown person. CP Akinmoyede said Matala had fingered one Haruna Umar, Hadiza Abdullahi and Abbas Abubakar as arch enemies of his late wife.

He however said, during interrogation, Abbas Abubakar had confessed to the crime and led police detectives to the place he hid the firearm he used in committing the crime where a one single barrel gun was recovered.