They have been dating for years and she has been stylishly expecting a marriage proposal from him until she made this discovery.

Relationship adviser and blogger, Joro Olumofin has shared the story of a lady who just realized that her boyfriend of 4 years doesn't love her and only wants to marry her on the basis of loyalty.

According to her, he has explained things to his mother who has endorsed her but she is still feeling worried.

She wonders if the marriage will work since the man doesn't love her deeply. 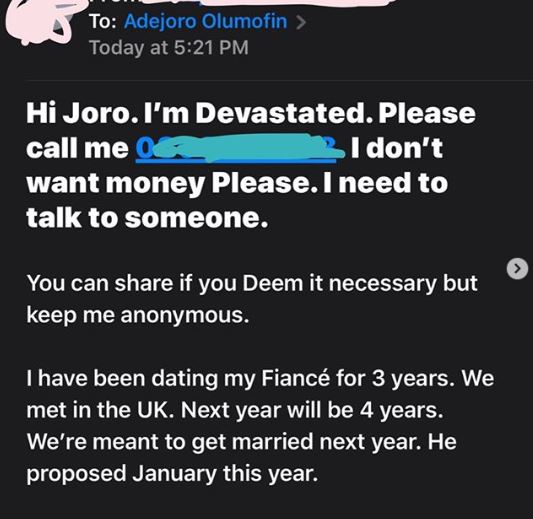 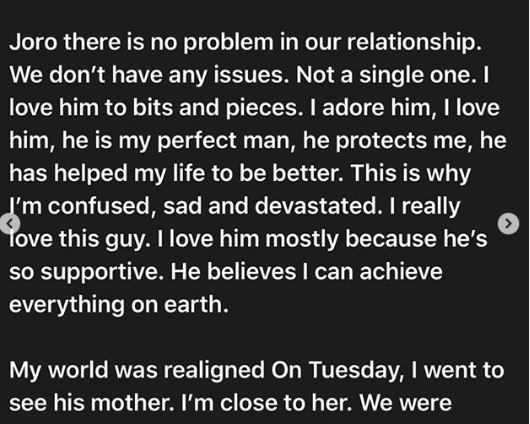 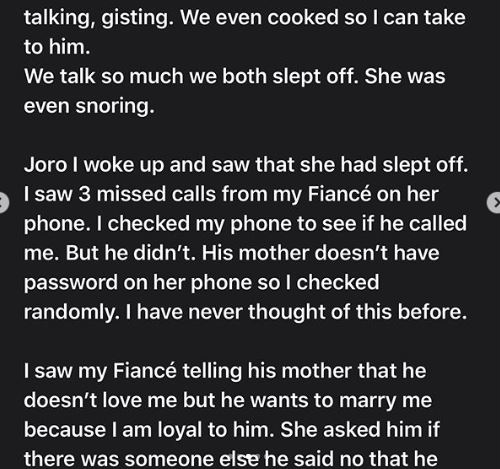 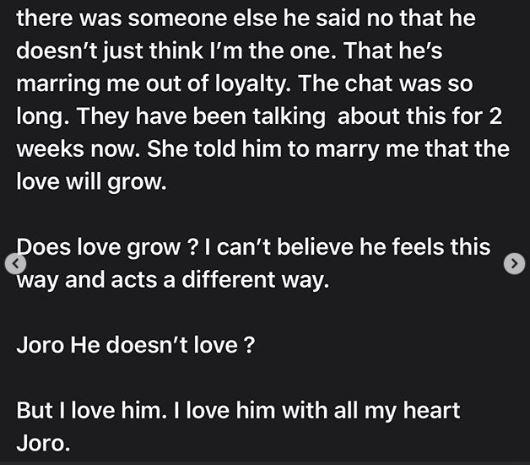