The corps marshal assured Nigerians that all hands will be on deck to ensure that the yuletide period is crash free. 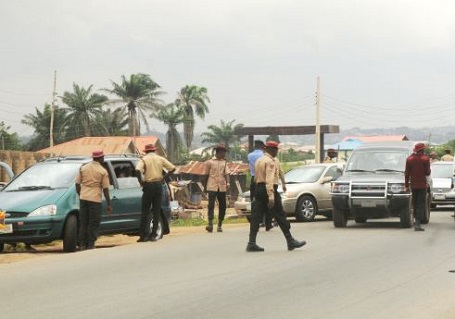 The Federal Road Safety Corps (FRSC) said it dismissed 62 of its personnel in 2019.

The FRSC corps marshal, Boboye Oyeyemi, said this on Friday while speaking with reporters in Abuja on efforts to rid the corps of corruption.

“These consist of 14 officers and 48 marshals with several others receiving various degrees of punishment in accordance with the provisions of the FRSC regulations on discipline,” he said

He said the collaboration with the Independent Corrupt Practices and Other Related Offences Commission (ICPC) and the State Security Service (SSS) has led to the investigation of 172 officials.

“I wish to use this opportunity to urge members of the public not to hesitate to report any wrongdoing by the FRSC personnel for proper disciplinary actions, as the corps will not condone bribery and corruption from any of its personnel,” Mr Oyeyemi said.

He said the agency will not condone bribery and corruption within its ranks.

According to him, FRSC is the first government agency to collaborate with the Akin Fadeyi Foundation and MacArthur – both non-governmental organisations (NGOs) – for the launch of Flag-IT, an application developed for reporting corruption cases.

The corps under the leadership of the present corps marshal established the first National Traffic Radio 107.3 FM, he said.

The corps marshal assured Nigerians that all hands will be on deck to ensure that the yuletide period is crash free.