In 2014, some ex-militants accused the embattled Air Peace CEO of using amnesty funds to set up his airline. 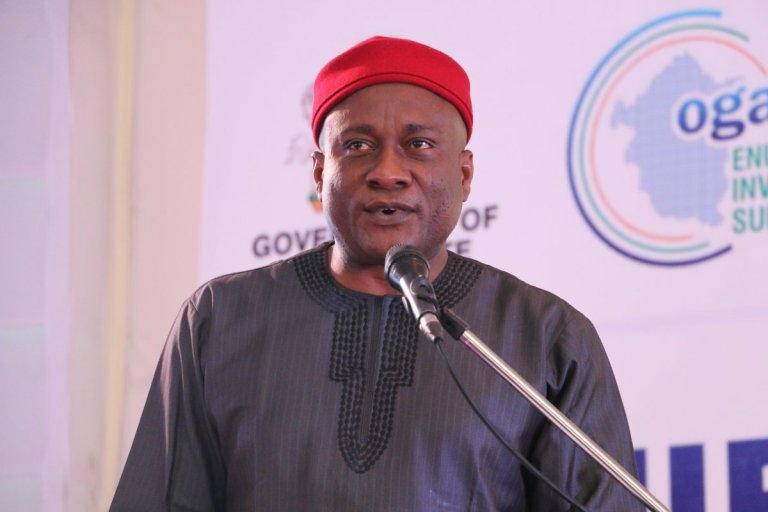 On Friday, the United States department of justice announced that Allen Onyema, chief executive officer of Air Peace, one of the leading airlines in Nigeria, had been indicted for money laundering.

The US authorities, which have reportedly issued warrant for Onyema’s arrest, said he used several fraudulent letters of credit to American banks and initiated wire transfers to the tune of $44.9 million between 2010 and 2018.

The funds were reportedly transferred from the Nigerian bank accounts of organisations founded by Onyema. They include Foundation for Ethnic Harmony, International Center for Non-Violence and Peace Development, All-Time Peace Media Communications Limited, and Every Child Limited.

The Nigerian businessman has since denied the allegation, saying he is ready to clear his name.

But as far back as 2014, Diepreye Dikibo, spokesman of the ex-Militant Leaders Forum in the Niger Delta, alleged that Onyema and Kingsley Kuku, former adviser to ex-President Goodluck Jonathan on Niger Delta Affairs, used funds meant for the amnesty programme to float Air Peace.

Kuku was the coordinator of the project while Onyema was a consultant.
In a statement, Dikibo alleged that Onyema’s Foundation for Ethnic Harmony was one of the biggest beneficiaries of contracts from presidential amnesty programme.

Below is the full statement from the spokesman of the ex-militant leaders:

Initially, there were rumors that Air Peace, a new Airline whose aircraft have recently been cited at Lagos Airports belong to the First Lady Patience Faka Jonathan. That is all not true. We believe at this moment, that those who churned out the story that the Airlines belonged to the First Lady did so deliberately to hide the truth and to mislead the people.

The truth did not take too long to come out. Business concerns owned by Allen Onyema, a Lagos based businessman, colleague and close confidant of the Special adviser to the President on Niger Delta & Chairman, Presidential Amnesty Programme Kingsley Kuku have not been confirmed as responsible for the Airlines and more to that, Allen Onyema has now publicly confirmed that he is the Chairman of the Air Peace Airlines.

Allen Onyeama’s business outfit handled the demobilization and orientation of former Niger Delta militants which cost billions of Naira to run. Allen Onyema has also been responsible for high valued training contracts (running into billions) in the areas of welding training as well as aviation training for the Presidential Amnesty Programme in countries such as South Africa, The United States and Dubai.
Kingsley Kuku, Allen Onyema with House of Reps Committee Members on the Niger Delta visiting Proclad Academy, Dubai (Where Allen Onyema’s business outfit ICNPD) is training Niger Delta youths in Welding for millions of dollars.

Kingsley Kuku, Allen Onyema with House of Reps Committee Members on the Niger Delta visiting Proclad Academy, Dubai (Where Allen Onyema’s business outfit ICNPD) is training Niger Delta youths in Welding for millions of dollars. The appointment of Kingsley Kuku as SA, Niger Delta & Chairman of the Amnesty Programme in January 2011, was a huge blessing for Allen Onyema as it gives him automatic access to a monster chunk of the more sixty billion naira allocated to the amnesty programme yearly.

Two of Allen Onyeama’s NGOs which also double as business outfits are known to be the biggest beneficiary of large value Presidential Amnesty Contracts and we can confirm that none of these outfits has any ties to the First Lady Patience Jonathan.
They include the Foundation for Ethnic Harmony in Nigeria (FEHN) and the International Center for Non-violence & Peace Development (ICNPD).

All the contracts awarded to Allen Onyema and his business run into millions of dollars and are all grossly inflated and over valued in a manner designed to short change the Amnesty Programme and steal the billions of naira yearly allocated to the manage the amnesty program me in the Niger Delta.

Sources close to Kingsley Kuku and Allen Onyeama say that Kingsley Kuku’s fears that the President might not return in 2015 and the need to settle his future spurred Kuku and Onyeama to start the Airlines on time rather than wait for the Presidential election in 2015. 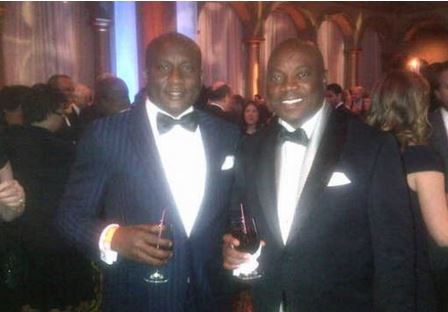 Over time, Ex-militant leaders in the Niger Delta had spoken up about the rot in the Presidential Amnesty Programme but were not listened to.

Rather, a band of lesser known and less credible leaders are being patronized by the Amnesty Programme and paid to issue press releases that threaten mayhem to Nigerians if President Jonathan is not elected in 2015 as though it was their votes that brought him to power in 2011.

As a group of committed leaders of the Niger Delta, we have over time resolved to work with all Nigerians for the success of President Jonathan in carrying out his responsibilities as a son of the Niger Delta, President of Nigeria and a father to all Nigerians. The journey to success in 2015 will be done in collaboration with all well meaning Nigerians because we believe, like many other Nigerians, that President Jonathan means well.

In the times past, we spoke about the false records of militants that the Amnesty Office parades but we were ignored.

A scion of a former political rival to President Jonathan, Timi Alaibe, Kingsley Kuku was not the first choice for the position of Special Adviser to the President on Niger Delta & Chairman, Presidential Amnesty Programme. The first choice candidate had been Dr Felix Tuodolor, an Ijaw intellectual and highly cerebral first President of the Ijaw Youth Council. Felix Tuodolor was upstaged because there was a believe in certain Ijaw and Niger Delta quarters that he will not ‘SHARE’ money for the boys.
Kingsley Kuku it is, who likes to brag that he has the Chief of Army Staff in his pocket and that he settles the President’s wife very regularly. Quite sordid.

In January 2013, It was Allen Onyema who paid tens of thousands of dollars to the Obama campaign support group to enable Onyema and Kingsley Kuku to enjoy a photo-shot with President Obama, Vice President Joe Biden and their wives.

Clearly, It would therefore not be difficult to start an airline with such heavy financial support.

Question is, will Kuku and his Air Peace Airlines recruit all the Pilots they say that Amnesty has trained? Or will they allow the poor fellows to go out there themselves and make bread for their families?

Kingsley Kuku’s loyalty is clearly not to the President but to his pockets and to his former lords.

A word has always been good enough for the wise.

IF our call is not heeded, we will announce a withdrawal of our support for President Goodluck Ebele Jonathan in the 2015 elections. We have suffered enough.