The APGA chieftain spoke during an interview with newsmen in Aba, the commercial nerve centre of Abia state on Sunday. 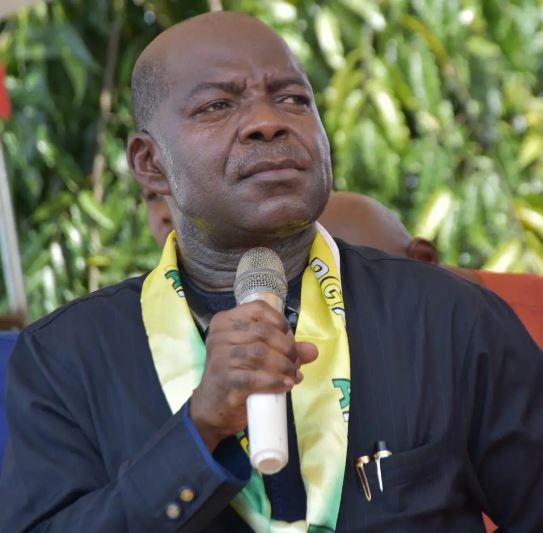 Former Group Managing Director of defunct Diamond Bank and the 2019 Governorship candidate of the All Progressives Grand Alliance (APGA), Dr. Alex Otti, has called for the reduction of cost of governance in Nigeria.

Otti insisted that the nation’s economy needed to be restructured in such a way that the present deplorable living of Nigeria citizens would be enhanced.

The APGA chieftain spoke during an interview with newsmen in Aba, the commercial nerve centre of Abia state on Sunday.

He commended President Muhammadu Buhari-led federal government for setting up a strong Economic team chaired by Professor Charles Soludo and other like-minds, advising government not to toy with the team’s recommendations at the end of its assignment, but ensure proper implementation for the prosperity of the country.

Otti’s words, “I have written about some of these things repeatedly in my column on the need to cut down the cost of governance. I had argued for the restructuring of the economy and polity, recommending phasing out the 36 state structure and replacing it with six regional structure in line with the six geo-political zones. I also suggested merging the Senate and House of Representatives into unicameral legislators and having no more than 36 members who would not earn salaries but seating allowances.

“This would ensure that it is only accomplished people who have something to contribute that would present themselves rather than the current practice of turning our chambers to retirement homes. I also suggested phasing out the 774 local government structures, amongst several other changes to drastically reduce the cost of governance. We are running a humongous presidential system that’s not sustainable, especially at a time like this.

“We need to prune down the number of personnel in some of our institutions. A situation where we spend 70 per cent of our budget on recurrent expenditure is a recipe for disaster. If we don’t voluntarily restructure, market forces would force us to do so, and that can be very painful and costly”.