The group noted that the march is meant to oppose the proposed Hate Speech bill and the anti-social media bill. 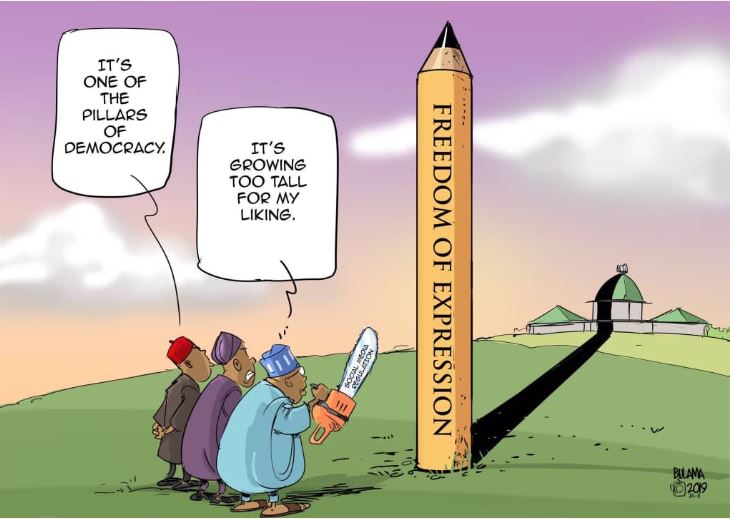 Following a bill seeking to regulate social media which has passed second reading at the Senate, Nigerians will tomorrow stage heavy protest, 9news Nigeria has learnt.

In a statement made available to a reporter by the convener of the protest, 'Concerned Citizens Of Nigeria' said the protest will happen on 27th November and Thursday 28th November.

The group noted that the march is meant to oppose the proposed Hate Speech bill and the anti social media Bill.

"There will be a protest at the National Assembly tomorrow being Wednesday 27th November and Thursday 28th November organised by concerned citizens of Nigeria."

"This march is meant to oppose the proposed Hate Speech bill and the anti social media bill, both of which stands as a threat to freedom of speech."

"Your voice counts if you can make it."

"You may also lend voice against the suppression of rights to freedom of speech by sharing this message so that others who can attend may see this."

"Nigerians speak now while it matters. We cannot stay silent."

It would be recalled that the bill entitled, ‘Protection from Internet Falsehood and Manipulation 2019’, passed second reading after Sani Musa, senator representing Niger east and its sponsor, moved a motion for a debate on the proposed law.

The proposed legislation was widely criticised following its introduction to the upper legislative chamber two weeks ago.