It Is Fake News, We Never Dropped Charges Against Diezani - EFCC Reacts


Wilson Uwujaren, said in an exclusive interview on Wednesday, November 27, that the story was not only false, but was meant to mislead the public. 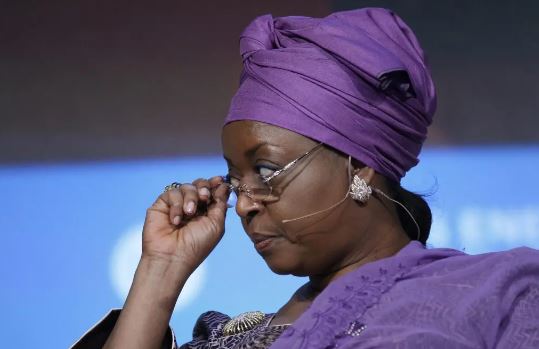 A report, which claimed that the Economic and Financial Crimes Commission (EFCC), has dropped charges against the former minister of petroleum resources, Diezani Alison-Madueke, has been denied by the agency.

Guardian reports that the spokesperson of the anti-graft agency, Wilson Uwujaren, said in an exclusive interview on Wednesday, November 27, that the story was not only false, it meant to mislead the public.

It was gathered that Uwujaren, however, asked Nigerians to disregard the story which he described as fake. “It is fake news, just disregard it,” Uwujaren, told said in a telephone interview with the Guardian.

Meanwhile, it was previously reported that the EFCC called out a Nigerian Twitter user, Olushola Ishola, for spreading fake news.

It was reported that Ishola had in a tweet, alleged that the EFCC was about to unfreeze ex-first lady, Patience Jonathan's assets. But in a swift reaction, the EFCC urged Nigerians to disregard the allegation in its entirety. The agency described Ishola as a harbinger of fake news.