It has been reported that a Buhari appointee has actively defended a suspected fraudster in court. 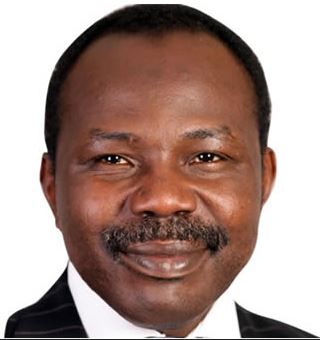 According to Punch Metro, an appointee of President Muhammadu Buhari, Mr. Muiz Banire (SAN), has been actively representing a suspected fraudster in court while still serving as Chairman of the Asset Management Corporation of Nigeria, a development described by some as unethical.

The Economic and Financial Crimes Commission had on November 4, 2019 arraigned one Samusideen Sarumi, owner of 606 Autos Limited, 606 Music Limited and Splash Off Entertainment Limited, before Justice Chuka Obiozor of the Federal High Court sitting in Ikoyi, Lagos.

The defendant was alleged to have been involved in computer-based fraud across the world.

He was also alleged to have taken possession of eight vehicles valued at N135m and a boat valued at N104m, which were reasonably suspected to be part of proceeds of organised crime.

Also, he allegedly received several millions of naira through his Nigerian bank accounts from illegal transactions with cronies abroad.

The EFCC said in a statement by its Spokesman, Mr. Wilson Uwujaren, “Upon his plea, prosecution counsel, M.K. Hussain asked the court for a trial date and an order to remand the defendant in the Nigerian Correctional Services custody.

“The defence counsel, Muiz Banire (SAN), informed the court that a bail application had been filed and served on the prosecution; he therefore urged the court to admit his client to bail on liberal terms.”

Speaking with The PUNCH on Wednesday, the Executive Director, Centre for Anti-Corruption and Open Leadership, Debo Adeniran, said Banire’s action was unethical and at variance with the mandate of AMCON which is to recover bad debt and prevent economic sabotage.

Adeniran said, “I believe it is contradictory for him to do this especially since Banire is the chairman of AMCON board. He is supposed to recover debts and probe those causing debt to pile up especially debts incurred through fraudulent means.

“I believe despite the fact that it is a professional calling that a lawyer can defend anybody, there is a moral angle to it that you cannot appropriate and reprobate at the same time. If you are defending the masses, you cannot also defend those making the lives of the masses to be unbearable.

“I believe that Banire is a moral person and he is very decent and conscious of his public image and he will do the right thing.”