A young man who has been impersonating the EFCC boss to harass and blackmail senior officials of the NDDC for bribes has been apprehended. 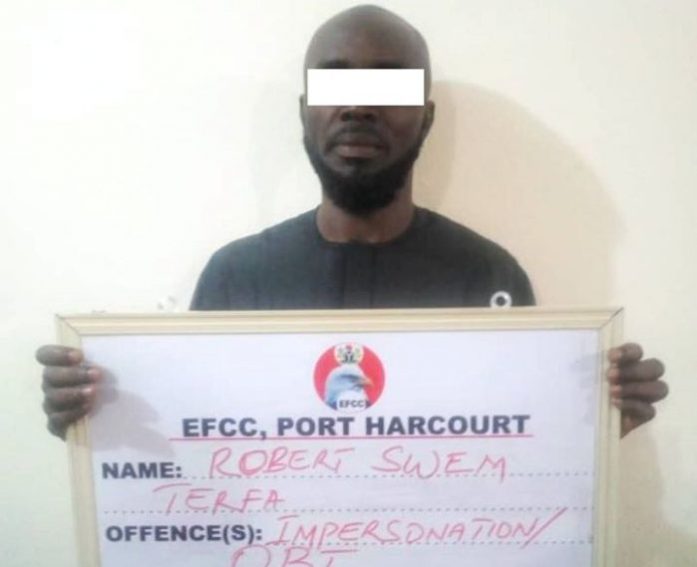 The Port Harcourt’s Zonal of the Economic and Financial Crimes Commission, EFCC, on Wednesday arraigned a fake ‘Ibrahim Magu’ who has been using the name of the EFCC boss to harass and blackmail senior officials of the Niger Delta Development Commission, NDDC, for bribes to ‘kill’ spurious corruption investigations.

He was arraigned on three- count charges bordering on obtaining by false pretences contrary to Section 8(b) of the Advance Fee Fraud and Other Related Offences Act 2006 and punishable under Section 1(3) of the same Act.