A cucumber farmer has been reportedly stabbed in Rivers state by a herdsman, causing serious tension in the area. 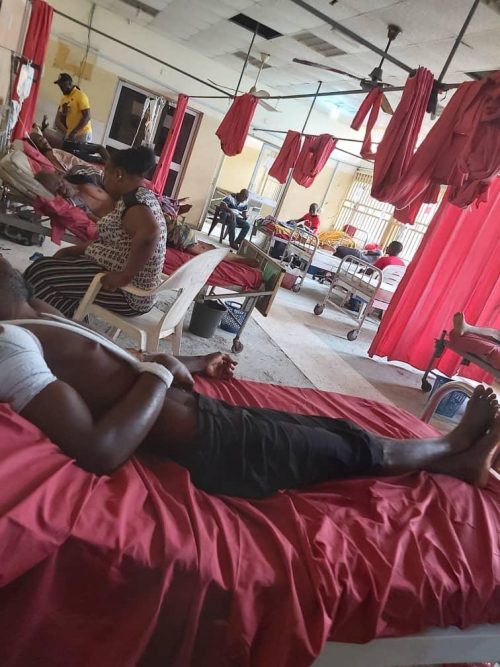 The farmer in hospital

Uneasy calm pervades the Mgbodo-Aluu community in Ikwerre Local government area, a suburb of Port Harcourt, the Rivers State capital due to the stabbing of a local cucumber farmer by herdsmen on his farm on Wednesday, PM News reports.

The incident is now generating tension between the herdsmen and the locals who cohabit in Mgbodo-Aluu.

It was gathered that a cucumber farmer simply identified as Godwin was on his farm when herdsmen invaded the farm with their cattle.

This resulted into a heated argument between him and the herdsmen with the farmer insisting that the herds should not graze on his cucumber farm that were already ripe for harvest.

An eyewitness said the argument degenerated into physical fisticuffs resulting to the stabbing of the farmer.

He was immediately rushed to and hospitalized at the Accident and Emergency Ward of the University of Port Harcourt Teaching Hospital (UPTH).

According to the witness, “Godwin was working on his farm when he sighted the herdsmen and their cows trying to enter into his farm to graze on his cucumbers. He asked them to go away that the cows were already destroying his crops. Within a twinkle of an eye the herders started stabbing him.”

The Rivers State Police Command is yet to comment on the incident.