A journalist who was reporting live on air has ended up being chased by a pig which came at him. 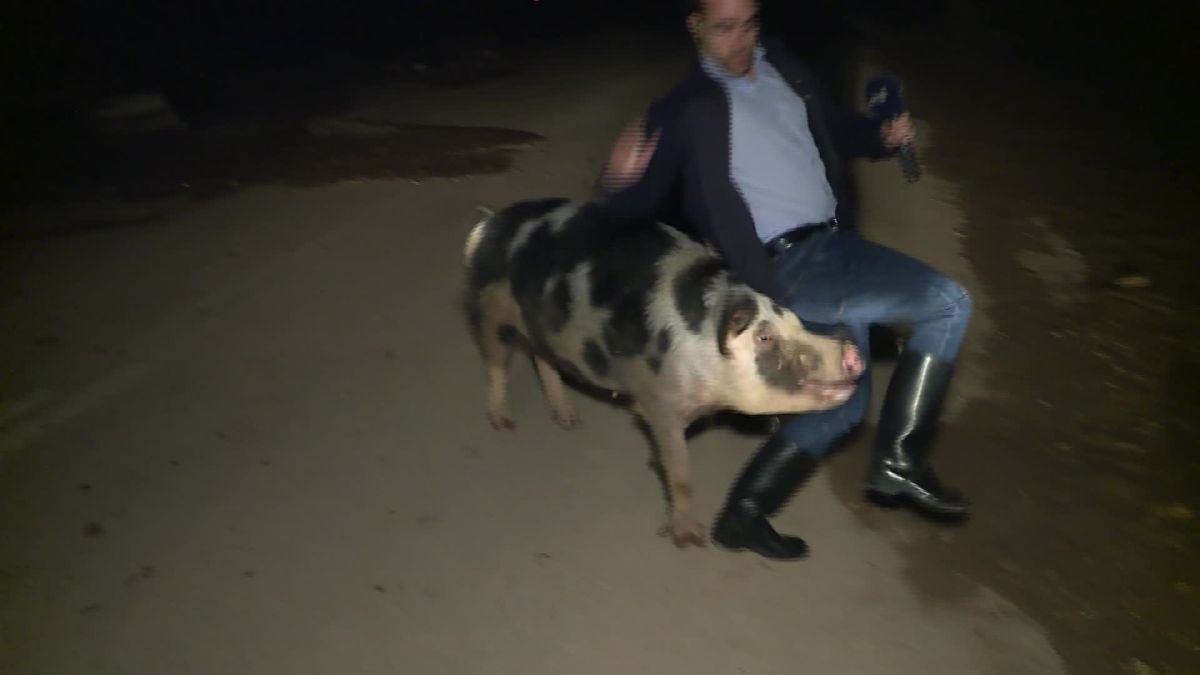 The pig chased the journalist

A news report is a serious business, however, a Greek television news report took a hilarious turn when a large pig chased the journalist on live TV.

Lazos Mantikos was in the resort town of Kineta to report on the devastating effects of the torrential rains. Violent storms had swept through parts of France, Greece and Italy over the weekend, causing flash floods and landslides. Mantikos, however, struggled to get his report done as a pig persistently chased around and eventually bit him.

“Good morning, we have an issue. Giorgos can you hear me, we have a pig here that has been chasing us since this morning … folks sorry I can’t stand [still] because it’s biting me.”

The extremely amusing incident was aired live on ANT1 TV’s Good Morning Greece show. The show’s host Giorgos Papadakis along with his co-hosts couldn’t hold back their laughter as the reporter darted about and eventually out of camera range.

Greek journo pestered by a pig while reporting on the recent floods in #Kinetta #Greece #tv #bloopers #ant1tv #Ant1news pic.twitter.com/vsLBdlWCMB

Papadakis concluded by advising Mantikos to repair his relationship with the pig. He then went on to apologise to the audience for the laughter in the studio.

“Lazos, because it’s a tragic issue and we are counting our wounds in Kineta try and work things out with the female pig.”