Nigerian actor, Zubby Michael has been given a political appointment by the Governor of Anambra state, Willie Obiano. 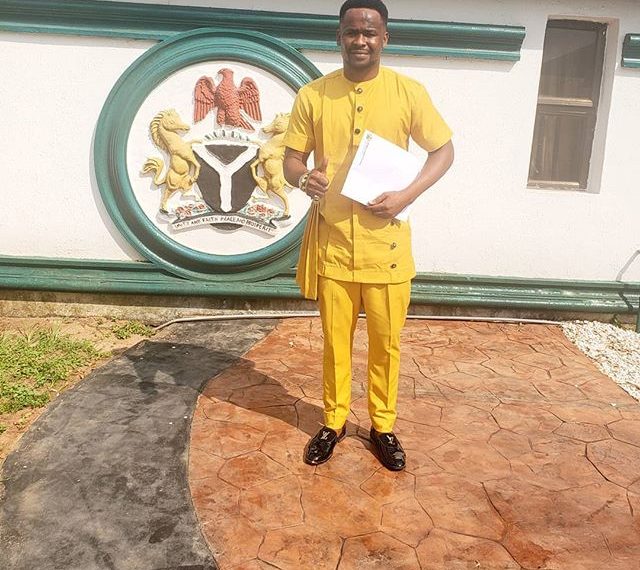 Zubby Michael
Anambra Governor, Willie Obiano has appointed Nollywood actor Zubby Michael as his Special Adviser on media.
The actor announced the good news via his Instagram page, where he shared a photo of himself holding what appeared to be his appointment letter.
“Dutycalls #SAonmedia #doings #nawedeyhere #blessup” he captioned the photo.
Michael is a famous Nollywood actor, model, television personality and a philanthropist, who is known for playing criminal, villain and hit man roles in movies.
The Anambra born actor, who is very creative in acting, is known to have featured in various movies.
In 2006, Michael joined the Nigerian movie industry (Nollywood) and acted in his first movie “The Three Widows” alongside with popular Nollywood actress, Oge Okoye.
Michael rose to fame after acting in the Nollywood blockbuster movies: “The Generals” and “Royal Storm” alongside with Jim Iyke, Sylvester Madu, Junior Pope Odonnwodo and Uche Jumbo in 2006.
He became a mega super star after starring in the Nollywood blockbuster movies, “Princess Rihanna.
The movie, “Implication”, where he performed to the admiration of fans gave him a nomination for Best Actor in a Supporting Role at the Africa Magic Viewers Choice Awards.
In his instagram, he said he had the ability to feature in any role but preferred to feature only in action thriller movies.
Michael has acted in more than 150 Nollywood movies which include: “The Generals“, “Implication, “Princess Rihanna“, “Royal Storm“, “Three Widows“, “The Killer“, “Sins of our Mother“, “Forest of the Gods“, “The Empire“ “Blood of a Dragon“, “Royal Stunts“, “Stolen Love“, “The Cat“, among others.
The new governor’s aide won several awards- “Most Promising Actor in Nigeria at the City People Entertainment Awards“, “Best Actor of the Year at the Africa Movie Academy Awards“.
Also, he was the “Best Actor in a Supporting Role at the Africa Magic Viewers Choice Awards“.
News Agency of Nigeria (NAN) reports that the 34-year-old actor has joined the list of Nollywood stars who have taken political appointments.
NAN also reports that in 2018, a popular Nollywood star Yul Edochie, was made Special Adviser to the same governor.(NAN)
Top Stories