Some Police men in Ebonyi state sustained injuries after they were involved in an accident and rescued by some passerby. 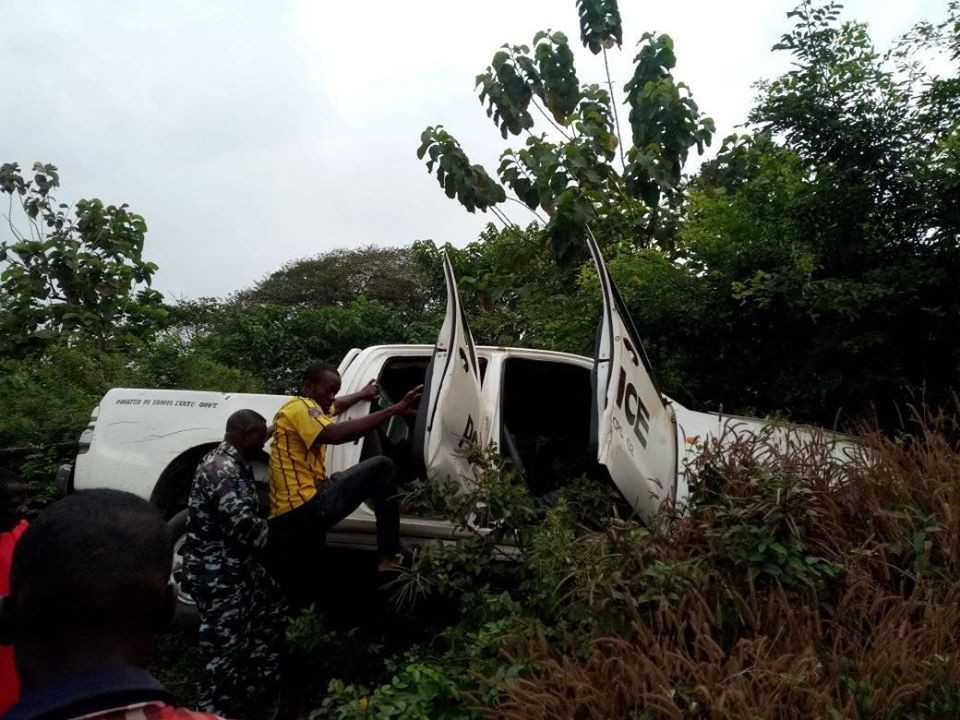 Some policemen were rescued by 'Good Samaritans' after being involved in an accident along Nkwagu Army barracks road in Ebonyi state.

None of the security operatives died in the accident which occurred in the early hours of December 1, even though they sustained various degrees of injuries.

Facebook user, Jaykizz Adeleke who shared photos from the scene of the accident wrote "Look at what too much over speeding caused... Along Nkwagu Army barracks road Ebonyi state... This morning by 8:55 am

"This police officials wanted to join their ancestors but God delivered them from death...today being first December 2019" 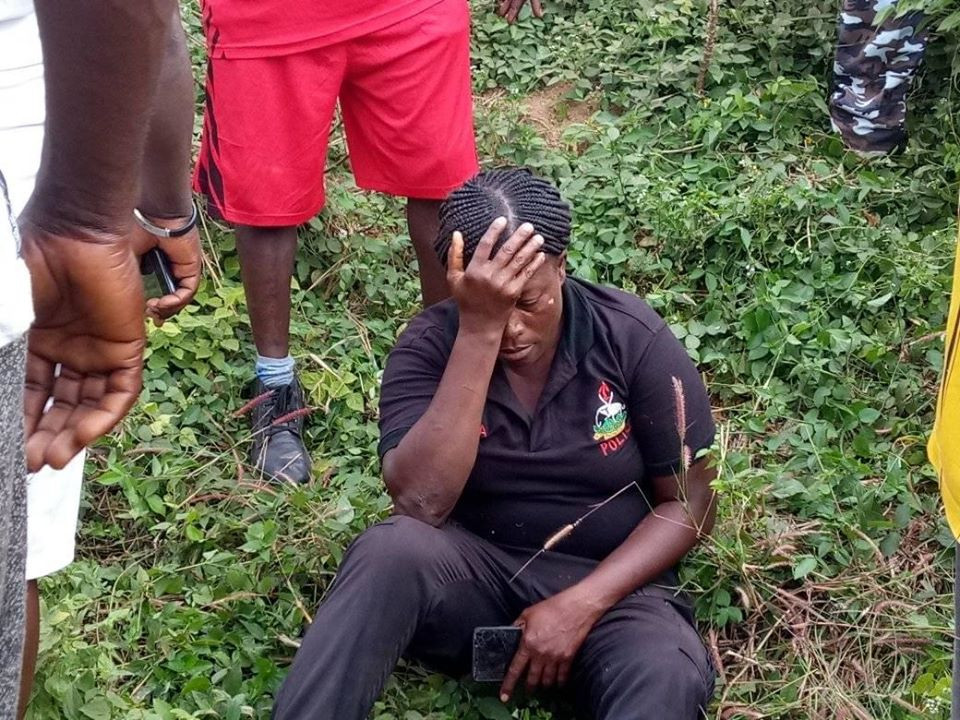 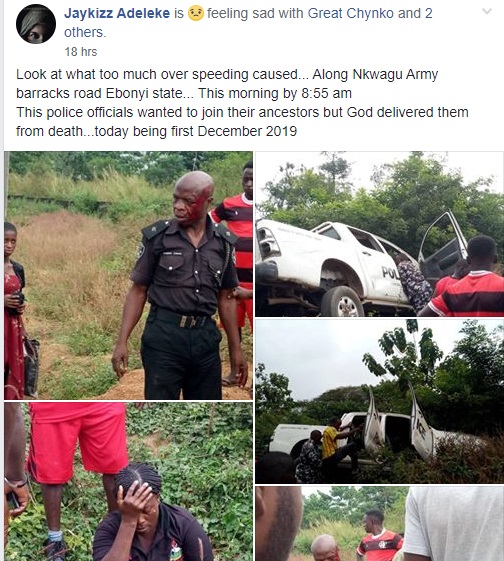 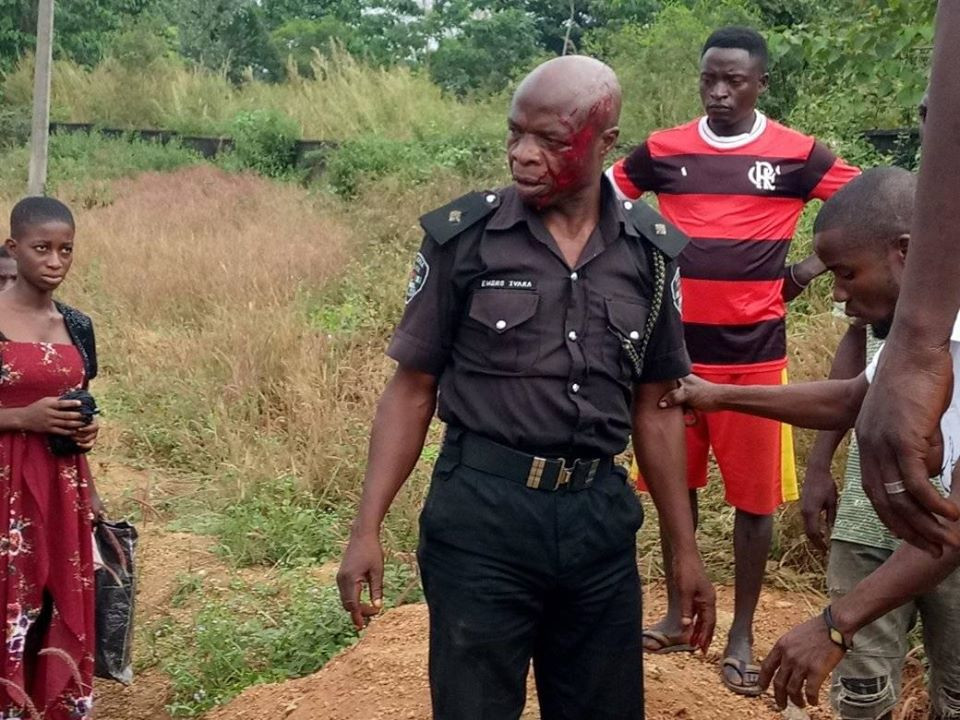