Reacting to the outcry and protest, Keyamo, condemned the death sentence penalty for hate speech bill. 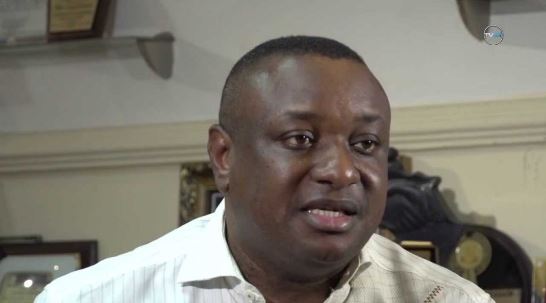 The Minister of State for Labour, Festus Keyamo has spoken on the controversy surrounding hate speech and social media bills in Nigeria.

It was reported that a group of Nigerians on Wednesday protested at the National Assembly over the Hate Speech Bill.

The protesters demanded the withdrawal of the bills on hate speech and internet manipulations. Reacting to the outcry and protest, Keyamo, condemned the death sentence penalty for hate speech bill.

He, however, urged those opposing social media bill to also apologize to those they blocked on their social media pages

On his Twitter page, Keyamo wrote: “Those so-called overnight Social Media ‘activists’ who oppose the Social Media Bill should first stop blocking those who irritate them with insults, unblock all those they have blocked and apologize to them. You can’t be intolerant and ask others to be. Practice what you preach.

“Some cannot differentiate the Social Media Bill from the Hate Speech Bill. Whilst no reasonable person will support death sentence for hate speech, you can’t come online to say something totally untrue that can put other lives in danger without some kind of penal consequence .”