Lady Shares Cute Photos As Her Mum Gets Called To Bar


Indeed, it is never too late to achieve one's dream, and as the popular saying goes, delay is not denial. 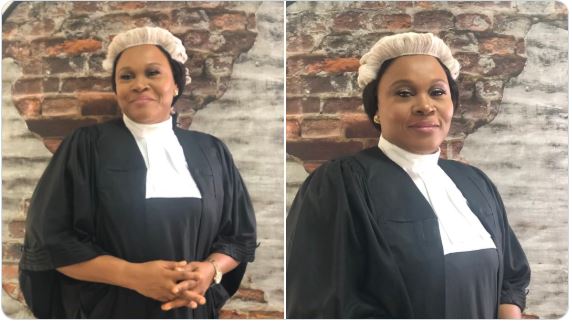 The woman in question

A Twitter user has taken to the platform to celebrate her mother who was amongst those recently called to the Nigerian bar and Twitter users are in awe.

Indeed, it is never too late to achieve one's dream and as the popular saying goes, delay is not denial.

The trending story of a mother who was recently called to bar proves this to be true. Her daughter identified as Efe Oraka was overjoyed and proud to celebrate her mother's achievement as she took to her account to tweet some stunning photos of her mother in her wig and robe for the call to bar ceremony.

Sharing the cute photos, she captioned: "My mum got called to bar. My heart is so full"

The post which has since gone viral on the internet with over 16,000 likes, left many social media users in awe and impressed, many of whom sent congratulatory messages.