It seems the love between Gedoni and Khafi has been rekindled after they were spotted all loved up at an eatery in Lekki. 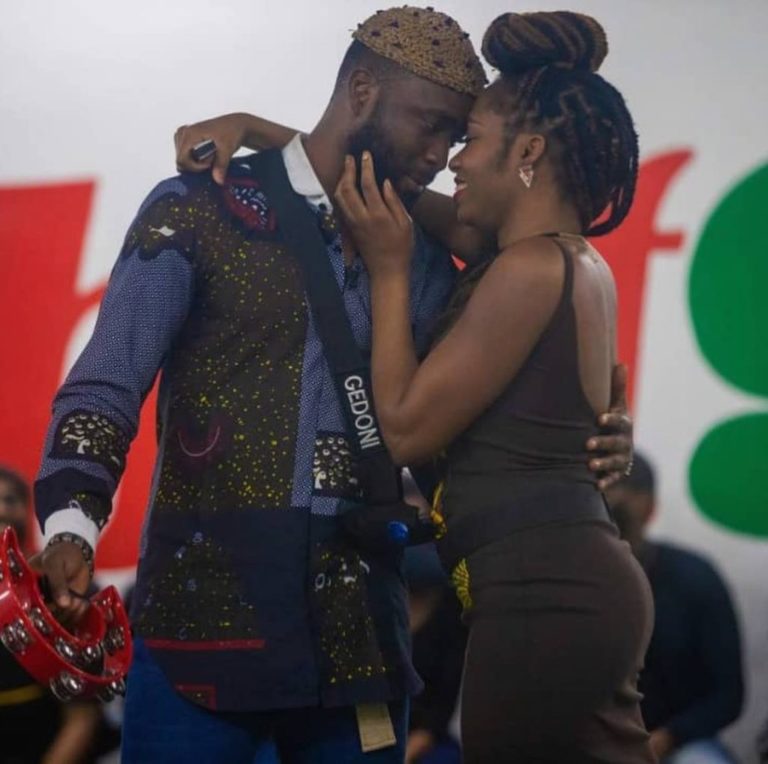 Gedoni and Khafi
BBNaija reality star, Khafi Kareem and her partner Gedoni have been spotted inside an eatery in Lekki inseperable.
The duo who showed public display of affection have made their fans all chatty with the new video.
Recall that Gedoni earlier revealed that his relationship with fellow reality star, Khafi has gotten to the permanent site.
Fans who have followed the duo since their journey in the Big Brother Naija house are happy with the new development.
It looks like Gedoni and Khafi are officially a couple and fans can’t wait for them to take this relationship to the next level.
Watch video below: