While attempting to rescue his pet puppy in a fire, 23-month-old toddler, Loki Nicholi Mason lost his life. 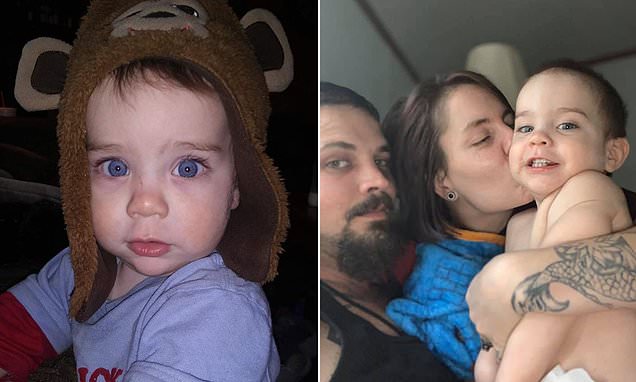 Loki Nicholi Mason and his parents

A mother and father in Arkansas are mourning their son who died in a house fire while attempting to save his pet puppy.

23-month-old Loki Nicholi Mason, the son of Kurtis and Caitlin Sharp, died on Saturday night, November 30, when his home went up in flames.

Kurtis, Caitlin, and their children were not inside at the time the flames broke out and quickly scrambled to call for help and extinguish the fire. However, amid the chaos, the parents didn’t notice that Loki had re-entered the home to save their pet dog.

Unfortunately, Loki's efforts were unsuccessful and he became trapped by the blaze. His body was later discovered by firefighters, who believed the fire was caused by an electrical issue.

Sharing a photo of his son to Facebook, Kurtis wrote: "I just wanna stop here and say never take your children for granted. Cherish every waking moment with them!!!! We love u bubba and we know your [sic] in a better place!!!!”

In another Facebook post shared on Monday, the grieving father wrote: "Fly high baby boy u are extremely missed and loved. We know ur home and it kills us to see u have to go so soon. But mommy and daddy and all ur siblings and family love u dearly.”

Kurtis also revealed on Monday that the viewing for Loki would be on Friday in Siloam Springs, Arkansas and his funeral would be the following day.

An investigation of the fire is currently ongoing by the Gentry Fire Department.