A Nollywood actress has shared an experience of what happened when she tried to seduce Ramsey Nouah on set. 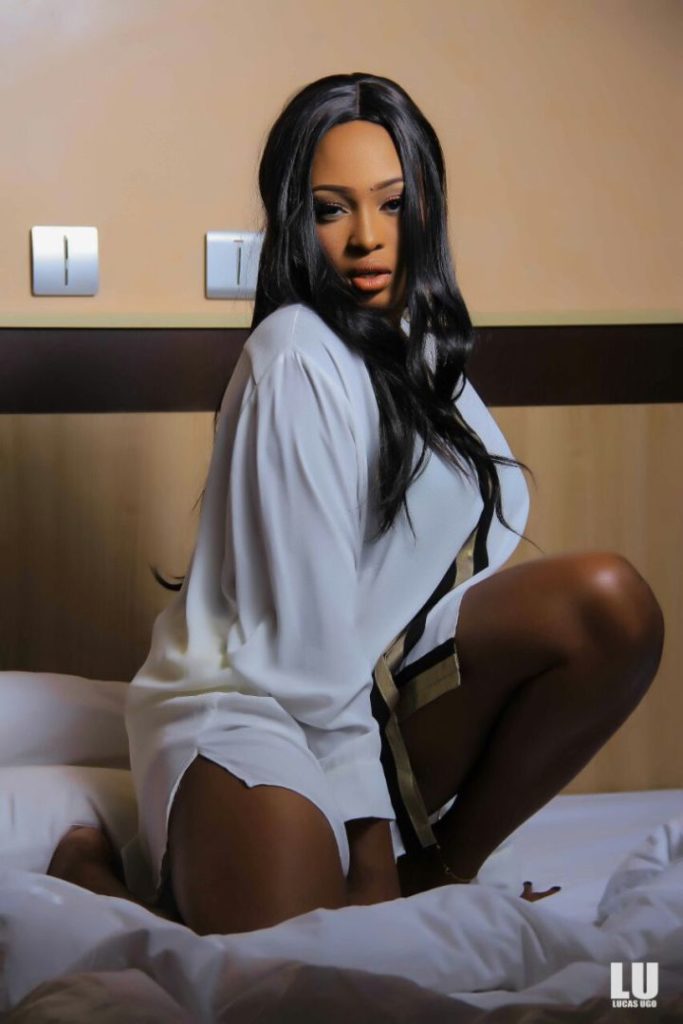 Nneoma Okoro
Up and coming Nollywood actress, Nneoma Okoro, has shared her encounter on set when she was made to act a romantic scene with her idol, Ramsey Nouah.
Okoro said the scenario was as awkward as it was stimulating, according to a report by Vangaurd.
She recounted the experience on her WhatsApp status on Friday.
In the movie ‘Levi’ shot in 2017 in Enugu, she was supposed to be the A-lister actor’s nurse, a night nurse with a script to seduce him.
“I remember having scenes where I seduced him.
Tension nearly killed me but thanks to him. He noticed and asked the director for a 20 minutes recess on my behalf. He called me outside and took out his phone and showed me a super hilarious video on YouTube which we saw together and laughed over.
Ramsey knew I hadn’t worked with him before, so, it was natural to have tensions and he made it way easier for me.
I respect artists that understand their craft well enough, their fame will always go far. Prior to then, I had always wanted to work with Ramsey Nouah, having watched him as a kid while growing up. It was a dream come true,” she said.
However while her post lasted it caught the eye of the veteran actor who responded by promising to give her another job soon. She had since the first experience done 3 other movies with Ramsey.
Nneoma is also a lawyer.
Top Stories