A presidential aide, Lauretta Onochie has been dragged to court for alleged libel against Atiku Abubakar. 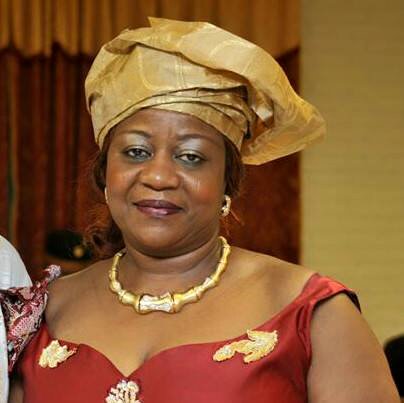 Lauretta Onochie
Former Vice President Atiku Abubakar on Tuesday showed up at the registry of the FCT High Court in Maitama where he signed his witness deposition on oath in a libel suit against Lauretta Onochie, an aide to President Muhammadu Buhari.
Atiku was accompanied by his lawyer, Mike Ozekhome (SAN), who filed the suit on his behalf, to the office of the Commissioner for Oaths where he signed the deposition in the suit asking for a N2.5billion in damages.
Daily Trust reports that Atiku, the presidential candidate of the People’s Democratic Party in the February 23 poll, sued Onochie for her alleged libelous tweet via her Twitter handle on May 7.
The post allegedly suggested that Atiku was on the watchlist of security operatives in the United Arab Emirates and had travelled to shop for terrorists in the Middle East.
Atiku, in his statement of claim accompanying the suit, stated that after writing a letter to Onochie demanding for apology and retraction, she further made “another derogatory publication and also published same globally online on the social and other print media” against his person on May 20.
He denied the allegations contained in the said publication which he described as “a figment of the imagination of the defendant”, but said it portrayed him “as an evil man, mentor of terrorists, someone who has links with terrorists, and a person who is interested in destabilising the peace and unity of Nigeria”.
He urged the court for a declaration that the publications made by Onochie via her social media accounts on May 7, and May 20, 2019, concerning him “are utterly false, baseless, unfounded and defamatory of the Claimant, and injurious to his reputation.”
He also sought an order of perpetual injunction restraining the defendant from further posting such “offensive and libelous material or any other form of defamatory statements against his person”.
The suit has not yet been assigned to a judge for hearing.
Top Stories