Two Nigerian students have been wrongly deported to Bosnia by the Croatian police, it has been reported. 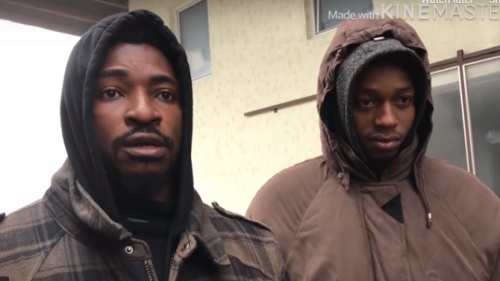 Two Nigerian students, who were allegedly at the 5th World Inter-universities Championships, have been wrongly deported to Bosnia, a country in South-Eastern Europe by the Croatian police.

The intervarsity event took place between November 13 -17 in Croatia.

According to Total Croatia News, a local media house in the country, the deportees are 18-year-old Abia Uchenna Alexandro and Eboh Kenneth Chinedu.

Alexandro represented Owerri Federal Institute of Technology at the competition.

After the competition, the group returned to Zagreb, Croatia’s capital, where they waited for their flight back to Lagos through Istanbul, Turkey.

However, at Zagreb, the young men decided to take a walk around the town where they were arrested and wrongly profiled.

Narrating their story in a video that accompanied report made by Total Croatia News, Eboh said they explained to the policemen that they had never been to Bosnia but they were ignored.

He said, “On our way on the street, we lost our direction and a policeman came across us.

"He was asking us questions but he does not understand English.

"We tried to introduce ourselves to him but he refused to give us a listening ear.”

The men alleged that they were taken to the police station where they were held for hours before transported to Bosnia in a van.

The van stopped and they pushed them out into the bushes.

Eboh refused to start walking in the direction where police were directing them to, and one of the policemen told him that he would shoot if he didn't start walking.

There were other migrants being pushed back to Bosnia at the same time by the Croatian police, and they helped the two Nigerians get to the camp in Velika Kladuša.

They managed to get a hold of one of their colleagues, who was still in Zagreb to send them their documents.

Their visa for Croatia expires today, according to Eboh.

The organisers of the competition, the InterUniversities Sport Committee confirmed that they're aware of this case.

Alberto Tanghetti from the committee, said all five participants from Nigeria had valid visas.

He confirmed that they also have return plane tickets to Istanbul and then Lagos.

They were recorded by Croatian television at the competition, and the police in Pula was notified that they were in Pula.

He said that the organisation would try to contact Croatian police and see if there's anything they can do to help the students.