A 65-year-Old man who allegedly defiled an 11 year minor severally has been arrested. 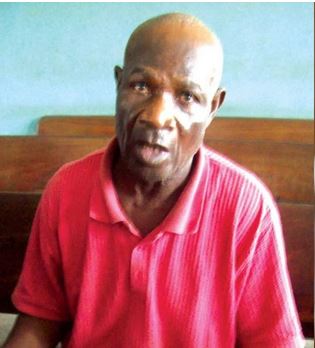 A 65-year-old man who raped an 11-year-old girl in Efon-Alaye Ekiti, Ekiti state on several occasions has been arrested and charged to court.

The 65-year-old man identified as Ezekiel Adewale raped the little girl on November 30 after he allegedly lured her into his house with money before defiling her.

He was arrested by the Police and arraigned before an Ado-Ekiti Chief Magistrate Court on Wednesday December 4, where he was remanded to prison custody.

According to Police Prosecutor, Insp. Caleb Leranmo told the court that the suspect defiled the little girl on three occasions.