Th story has been told of Titilayo Ajanaku, the first female LG chairperson who was imprisoned by Abacha. 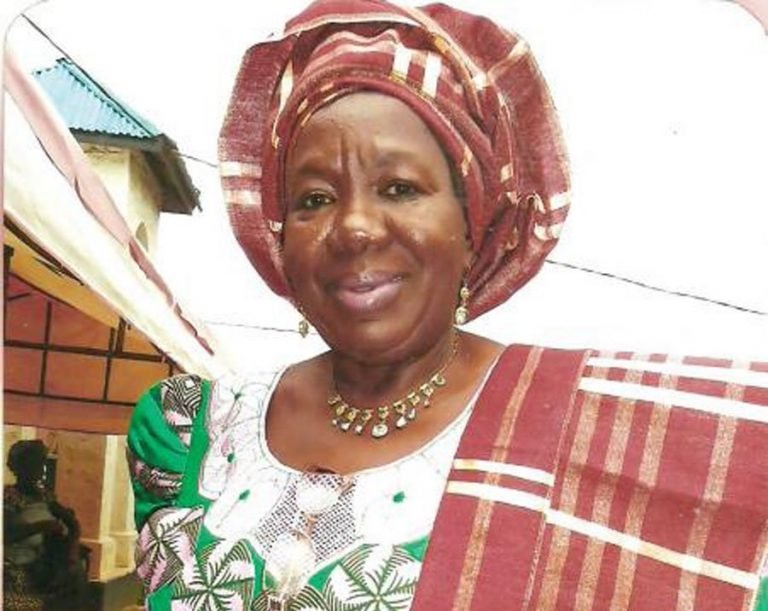 During the transition programme under the Olusegun Obasanjo administration in 1979, Obafemi Awolowo, first premier of the Western region, was to address some Nigerians in his hometown in Ikenne local government area of Ogun state. Among those who had joined the gathering was Titilayo Ajanaku, a former deputy state chairperson of the National Association of Nigerian Nurses and Midwives at the time.

Although she had only gone to showcase her mobile clinic to Awolowo to “see how he will react to it,” she ended up a convert of the late nationalist after he urged those in attendance to join him in the corridors of power. That encounter with Awolowo left her with one goal in mind: “improving the lot of the people of my community and Nigeria at large.”

That desire would later manifest in style years down the line, during the 1990 local government elections heralding the third republic. She was successfully elected the chairperson of Abeokuta local government in Ogun against all odds, making her the first woman to ever hold such position in Nigeria.

BUT IT WAS NOT EASY FOR HER, ESPECIALLY WITH MALE COUNTERPARTS

In a 2012 interview, Ajanaku admitted that it was a  not easy for her to join politics at such a time when women participation was very rare, with the men desiring to overrun their female counterparts.

“In this game, most men are chauvinistic and if they see a woman rubbing shoulders with them, they become jittery. The first thing they would do, as they have done to some women, is that they want to befriend you. They will say they will settle you,” she had said.

“I have not gone through that because most of them are afraid to look me in the face … when that one fails, then they start harassment, a lot of women have fallen by the wayside through that. When that fails again, they will resort to blackmail. They will send people to your husband to blackmail you that you did all manner of things at night meetings.”

As a popular activist who was always in the limelight during her time in politics, it was not too difficult getting into trouble with the military government, particularly under Sani Abacha, who held sway from 1993 till 1998.

After a failed attempt to topple the regime of Abacha in March, 1995, his administration embarked on a widespread arrest of about 300 military personnel and civilians, including Ajanaku. Top military officials such as Shehu Musa Yar’Adua, a retired general, as well as Olusegun Obasanjo. They were all accused of having a hand in the failed coup and arraigned before a tribunal.

The late Ajanaku, who described that time as her most trying period, recounted her experience staying more than five months in the prison: “I was in my house when armed men came around 3am and I was taken away, to be detained. I was moved around various detention centres, later arraigned along with General Obasanjo, the late Sheu Musa Yar’ Adua, Col Bello Fadile and many others and tried before General Patrick Aziza. I was exonerated, discharged and freed of all the charges; likewise the late Chief Adisa Akinloye.

“While in detention, I became worried for several reasons. One, I tried to examine myself: Was I fraternising, innocently with people, who had sinister motives against the government? Well, my conscience was clear on this and I became less worried, because I knew nothing of such ever happened. Again, what if they found me culpable, in their own judgement and did the worse?

“I became worried: My father who was very old was still alive then and I had promised him, prayed to God that he would smile to his grave, that I will bury him. My son was also in Hungary, studying Medicine. My father also prayed that I am going to bury him and that I would not be shown his grave and at that time, he was 100 years old. That was my most trying period.” 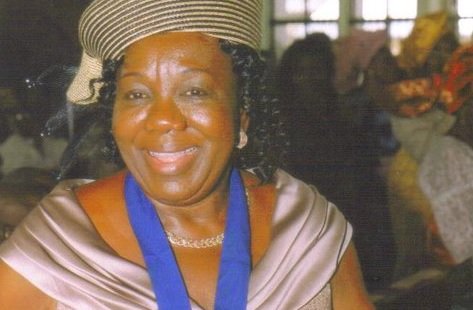 ‘THE PRISON EXPERIENCE WAS A LESSON OF A LIFETIME’

In another interview, Ajanaku said her time in the prison taught her a lot of lesson and brought her closer to God. She also admitted that she ended up in prison as a result of her “bravery, determination and believing in anything I lay my hands upon.”

“When they put you in a small cubicle that they call a room, you have nobody to talk to except God who is the maker of heaven and earth. Because God is Omnipresent, I got closer to him even in the prison,” she recalled.

“I never knew there are so many women in prison who are accused of one thing or the other.  Some are even there with their children. I thank God I went there and I came out to tell the story. Shehu Musa Yar’Adua was there and he never came out. That experience was a lesson of a lifetime.”

HER FOOTPRINTS AS A NURSE

The late Ajanaku was a trained nurse who trained at Stobhill General Hospital as well as Nether-Edge City General Hospital, both in the UK, up till 1965. Upon her return to Nigeria, she took up a job as a nurse at Wesley Guild Hospital, Ilesha.

The high rate of  maternal mortality and other avoidable deaths were, however, a source of concern for her, spurring her and a few others to initiate a program for rural integrated development scheme.

“I resigned and we got a mobile clinic just to enlighten the people. I went back to London to get certain things for the clinic and it was purely philanthropic, she had said of the project that led to her encounter with Awolowo.

She would later be appointed a special adviser to Obasanjo on women affairs. No doubt she will forever be remembered, not only as an inspiration for more women participation in Nigerian politics, but for her footprints as a nurse and an activist.

While paying tribute to her on Thursday, Obasanjo said she persuaded him to run for the highest office in the land.

“I remember vividly one of my memorable encounters with Chief (Mrs.) Titi Ajanaku, when she accompanied a group of politicians led by Chief S. M. Afolabi of blessed memory to my Abeokuta residence to persuade me to contest as President of Nigeria. It was partly their persuasion and that of other groups alike that later yielded my final submission to contest for the office of the President of Nigeria,” he said in a statement.

Born on  January 25, 1946, the news of her death broke on Thursday after she reportedly battled illness that had lasted for years.