6 Ways To Detect A Fake Phone


Most of these fake phones match the original phones almost exactly in design and since most phone buyers are not tech savvy, they are very easily deceived. 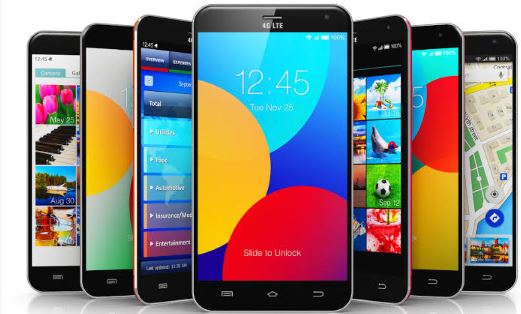 The smartphone market in recent times has become saturated with fake phones and many unsuspecting buyers have been scammed into buying fake phones for the price of an original one. Fake phones especially Android phones have become so rampant that one wonders if phone dealers are deliberately taking advantage of their customers.

Some of these fake phones in the market are the so called ‘UK or London Used Phones’ and fairly used phones, there are also fake new phones but they don’t seem to be as many as the used phones. Before, it was mainly top phone brands worldwide such as TECNO, Samsung, Nokia, iPhone, HTC, Sony, LG, Motorola, Huawei and others that had many imitations but now even smaller brands such as Infinix, Gionee, Innjoo and Itel are also been faked.

Most of these fake phones match the original phones almost exactly in design and since most phone buyers are not tech savvy, they are very easily deceived. Many people do not know they bought a fake phone until after a while when they probably meet someone with the original version of the phone and find huge differences between their phone and the original. Even small phones popularly called ‘Torchlight phones’ have fake versions, Chai, dia ris God o!

1) The best way to know a fake phone is by testing its camera. It takes quite a lot of work to build a quality phone camera and it seems most fake phone manufacturers cannot replicate original cameras.

2) Another way to detect if a phone is fake, although it is not fool proof is to check the phone grammar thoroughly, I realized that most fake phones have some misspellings, they might be difficult to find but with patience and thorough usage, you will find them.

3) You should also check for the phone’s specifications and features online and compare them to the phone you want to buy, if even one thing is missing, it most likely means the phone is fake, please note that a phone might have several different models with slightly different specs so to be sure, know the exact model you are buying. For example Samsung A3 might be available in two different models, one may be using a Snapdragon Processor and have 3 GB RAM and the other model might be using an Exynos Processor with 4 GB RAM so ask the seller to be sure.

4) Go with a SIM card which has internet subscription on it so that you can test the phone’s internet connectivity and ability to download, update and run apps. Some fake phones have problems connecting to the internet especially with the Airtel network, so I advise that you use the Airtel network to test all apps and try downloading some apps from the Google Play Store.

6) For phones which have special features such as Smart Assistants like Siri, S-Voice, Gestures such as Air Gesture, Air View, etc. Make sure you test every special feature the original phone should have and ensure the features are working properly before you buy the phone. For new phones, also check and test all accessories and make sure that they are complete and working well.

Never be in a hurry to but a phone, always make comparisons. With these tips, no one should fall victim of these evil fake phone manufacturers and sellers. Good luck in your next phone purchase.