Anthony Joshua's mother, Yeta Odusanya has been spotted supporting her son in Saudi Arabia ahead of his rematch with Ruiz. 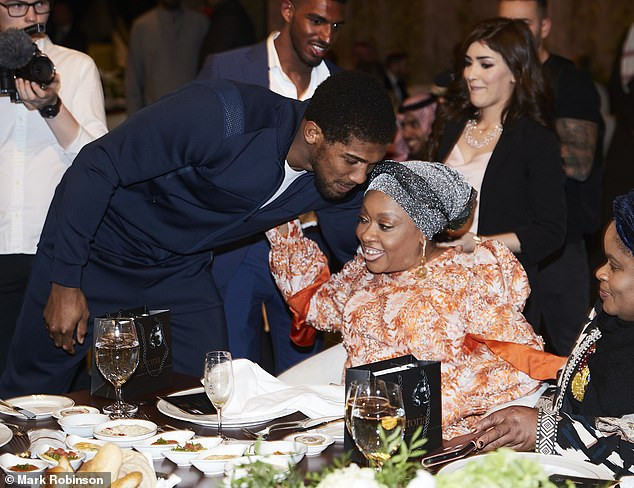 Joshua and his mother, Yeta Odusanya
A pre-fight gala dinner was yesterday held at the Al Faisaliah Hotel in Saudi Arabia ahead of Anthony Joshua's rematch with Andy Ruiz Jr.
During the event, the British-Nigerian boxer was pictured kissing his mother Yeta Odusanya on the forehead as he arrived for the pre-fight gala dinner.
Joshua's opponent, Andy Ruiz Jr. was also spotted giving Joshua's mother a friendly handshake at the event.
Undercard fighters Dillian Whyte and Tom Little, as well as promoter Eddie Hearn were also in attendance among other dignitaries.
The anticipated rematch between Anthony Joshua and Andy Ruiz Jnr will take place on Saturday, December 7, 2019, in Diriyah, Saudi Arabia.
Anthony Joshua will attempt to regain his WBA, IBF and WBO Heavyweight titles he lost to Ruiz Jr back in June at Madison Square Garden. The Mexican boxer defeated Joshua in the seventh-round to hand him his first professional loss the last time they met.
See more photos below: 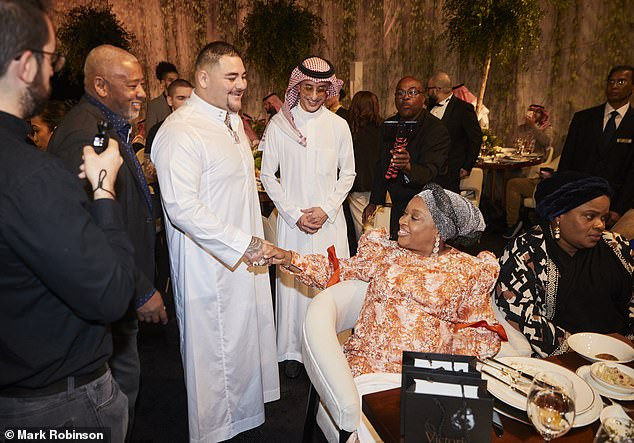 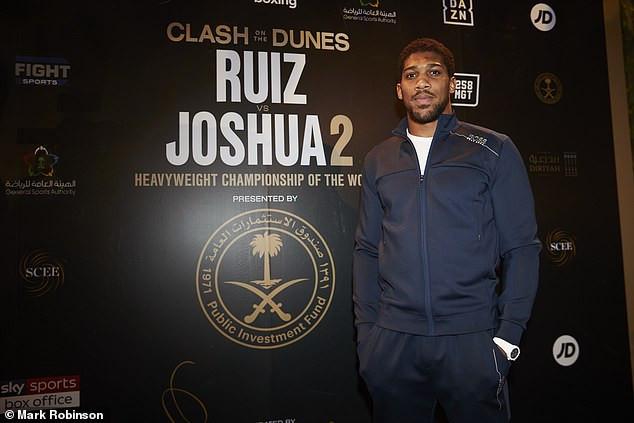 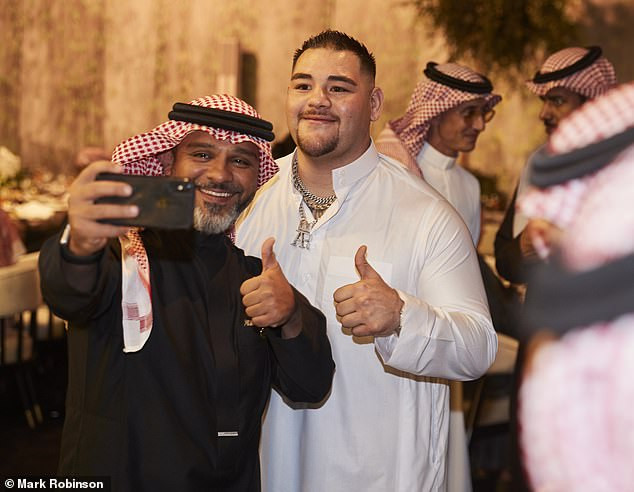