Some secondary school students in Delta state have attacked their teacher after taking drugs. 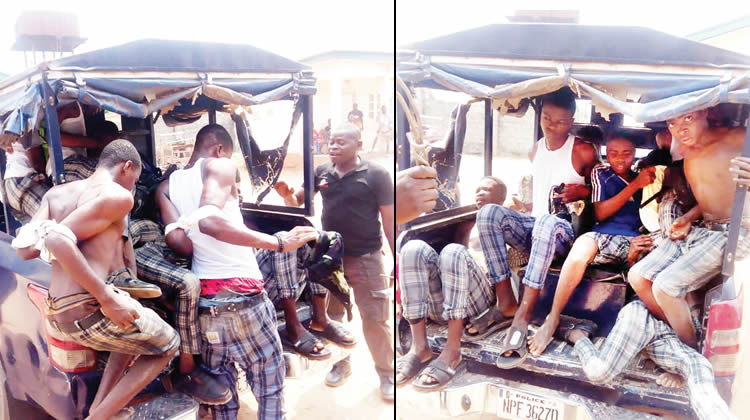 The students were nabbed

According to Punch Metro, some pupils of the Zappa Secondary School in Asaba, the Delta State capital, have launched an attack on a male teacher after allegedly taking hard drugs.

It was gathered that the pupils, who completed their first term examination on Friday, attacked the teacher while he was on his way home.

The teacher, according to an eyewitness, was rushed to the Federal Medical Centre, Asaba, for treatment as he suffered a broken forehead.

It was learnt that cops from the ‘A’ Division Police Station were immediately alerted and they arrested some pupils on the school premises.

Efforts to reach the Police Public Relations Officer in the state, Onome Onovwakpoyeya, were not successful as several calls put across to her mobile phone were not answered.

An activist, Mr Victor Ojei, who rushed to the scene of the incident, said hard drugs had caused a lot of damage to some secondary pupils in the state.

He stated, “The teacher was attacked and rushed to the FMC for treatment. Hard drugs are now being consumed by secondary school pupils in Delta State.

“These kids now take all forms of hard drugs and get intoxicated and start fighting their teachers. They broke his forehead.”