The Nigerian senate has said the embattled senator, Orji Uzor Kalu will receive his full salaries and allowances while in prison. 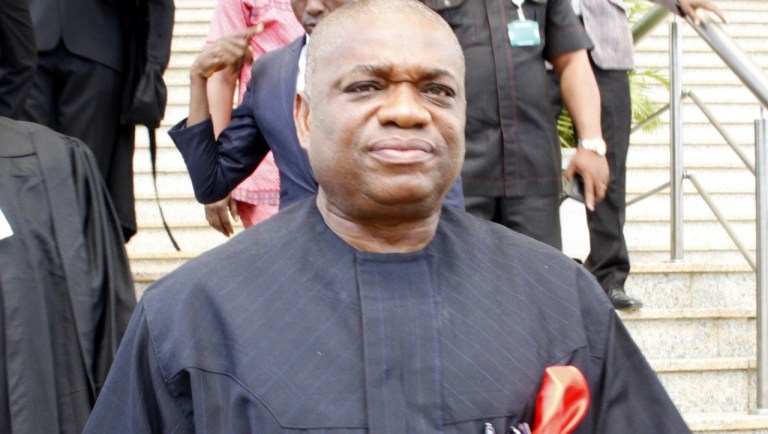 According to Premium Times, the convicted Chief Whip of the Senate, Orji Kalu, will continue to receive his salaries and all other entitlements while in prison, the Senate has said.

This is despite that he will not be performing any legislative function from prison.

The spokesperson of the Senate, Godiya Akwashiki, disclosed this to Premium Times on Sunday.

He said despite the conviction, Mr Kalu remains a sitting senator and will be paid all of his entitlements in full.

He said until the case gets to Surpeme Court and a final judgement is given, Mr Kalu remains a serving lawmaker.

“He is still a senator. This is the first court. The matter is going to Supreme Court so, he still has the opportunity to appeal up to the Supreme Court level.

“Of course they will pay him. Because he is a sitting senator just like I said…if you file for appeal, you are still serving and so they will pay you.

“All his entitlements will be paid. There is no cause for alarm. In fact, even if Court of Appeal says they have upheld the judgement of the lower court, he still has the right to go to Supreme Court. So once the Supreme Court says, yes, the judgement is okay, then that’s the final,” he explained.

He explained that no provision in the constitution that says the seat of any senator facing prosecution or convicted at a lower court should be declared vacant.

Mr Kalu’s seat will not be declared vacant except he (Mr Kalu) has explored all the legal options available to him without success, he said.

“Even the tenure of a former governor Joshua Dariye, who has been in prison for some time now, ran its course until the end of the 8th National Assembly. Nobody declared his seat vacant.”

The Federal High Court in Lagos on Thursday sentenced Mr Kalu to 12 years in prison after convicting him of N7.65 billion fraud.

Mr Kalu, a former governor of Abia State, was pronounced guilty of the charge in a trial that lasted for 12 years.

The conviction comes 12 years after the ex-governor was first arrested by the Economic and Financial Crimes Commission (EFCC) in 2007 and was tried alongside his company, Slok Nigeria Limited, and Udeh Udeogu, who was Director of Finance and Accounts at the Abia State Government House during Mr Kalu’s tenure as governor.