Millions Of Nigerians Not Bothered About Sowore’s Rearrest - Presidency


According to the Presidency, very few Nigerians are bothered about the rearrest of former Presidential candidate, Omoyele Sowore. 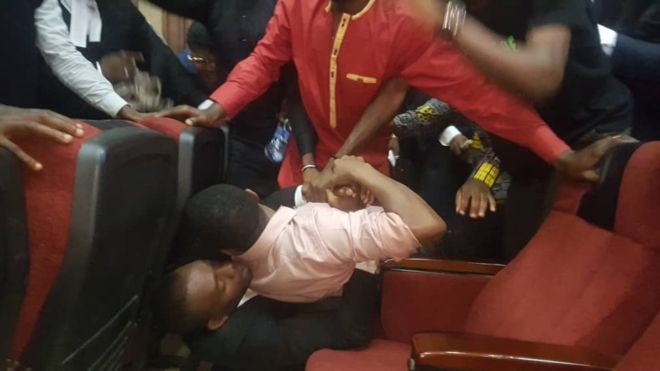 The Presidency has said that millions of Nigerians are not bothered about the rearrest of SaharaReporters Publisher, Omoyele Sowore, at the Federal High Court in Abuja last Friday.

The Special Adviser to the President on Media and Publicity, Femi Adesina, said this during Channels Television’s Sunrise Daily programme on Monday.

Adesina was asked to react to the outrage that greeted the violent rearrest of Sowore.

He said the Presidency stands by the claim of the State Security Service that the video circulating did not reflect what actually transpired in court.

The President’s spokesman added, “I don’t particularly agree with you when you say a lot of Nigerians (are not happy), you know that all this noise has been coming from less than 100,000 Nigerians. And the noise will be so loud that you think it is the whole country.

“It is a country of 198 million people. When just 100,000 are making noise in the social and traditional media, you would think the whole country is in an uproar. There are millions and millions of people who are not bothered.

“There are millions of people who know what the issues are. So, you cannot just seek the opinion of a local minority and then conclude that the country is in an uproar.”