A Kentucky judge has been accused for allegedly pressuring lawyers into having gang-s*x in her chamber alongside other corrupt practices. 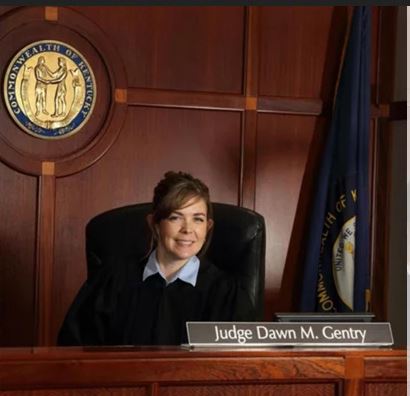 A Female judge has been accused of using her courtroom to have group s*x with lawyers.

Judge Dawn Gentry, 38, from Kentucky, US, is also alleged to have pressurised lawyers into having threesomes with her and her ex-pastor lover.

Those lawyers who refused her requests were then not given preferential treatment in their cases, it is alleged.

Divorced Gentry denies the allegations against her.

She is said to have used social media app Snapchat to flirt with lawyers, according to the Kentucky Judicial Conduct Commission.

Gentry is also accused of using her position to secure Penrose a job in court as a case specialist.

The judicial commission has also spoken to Katherine Schulz, who was on a panel with Gentry, to deal with cases of child abuse.

Shulz claims that Gentry used Snapchat to ask her to seduce her former husband, Brian Gentry so that she could then accuse him of infidelity.

Representatives of Gentry have denied she engaged in inappropriate or unwanted sexual advances toward Ms. Schulz as well as the other charges.