The Nigerian civil society has given the federal government a 14-day ultimatum over the detained Omoyele Sowore. 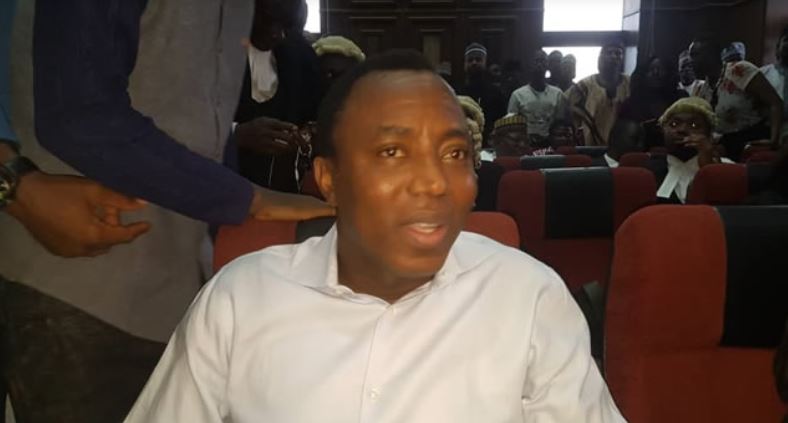 According to a report by Punch Metro, a coalition of over 200 civil society organisations on Monday issued a 14-day ultimatum within which President Muhammadu Buhari should show commitment to the rule of law face or face mass action and civil disobedience.

They, therefore, demanded, among others, the release the publisher of SaharaReporters, Omoyele Sowore and others being held without justification.

According to them, mass action was inevitable if the government failed to accede to their demands.

The CSOs issued the ultimatum in Abuja during a press conference on the state of the nation entitled, “Nigeria’s troubling state of affairs.”

The statement reads, “Tomorrow, December 10, the world will celebrate Human Rights Day. It will also be marked in Nigeria as we review the crackdown on the freedom of the press; proposed bills to curb dissent and a general environment of shrinking civic space of which the recent actions of our security agencies are just an example.

“We represent a cross-section of Nigerian civil society actors that have played various roles in Nigeria’s journey to civil rule.

“Two key issues are of concern to us, namely: Attack on Our Judiciary and Attack on Free Speech and Pattern of Silencing Dissent

“In closing, we demand the following:

"President Muhammadu Buhari to show accountability as President and Commander-in-Chief and address the nation on his commitment to the rule of law and human rights.

“The release of all illegally detained persons by the DSS as revealed by Amnesty, Premium Times & Punch Newspapers in recent months.

“That the government obey all outstanding court orders.

“An investigation of the officers who violated protocol and the circumstances leading to Omoyele Sowore’s 2nd arrest.

“The unconditional release of Omoyele Sowore per his bail terms.

“If these five demands are not honoured within 14 days – we call on patriots to join us as we occupy the National Human Rights Commission offices across the country, as it is legally mandated to protect rights and it reports to the Presidency.”