The story has been told of a man who buried his wife in her wedding dress after she died some months after their wedding. 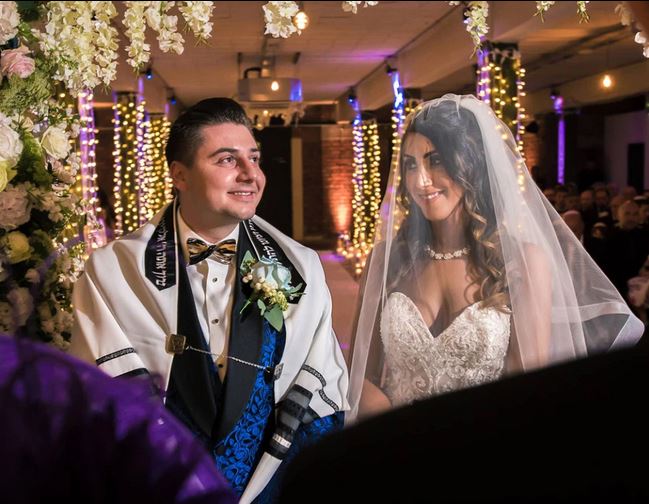 A young widower, who was forced to bury his wife in her wedding dress just 16 weeks after they walked down the aisle has revealed he was left “too numb to cry.”

Michael Herz, 29, from Cheshire, lost Saima, 30, four months after they got married when she contracted a rare brain bug days before Christmas 2018.

On December 18, 2018, Michael said his final goodbyes to Saima at her funeral following her battle with encephalitis.

Saima’s death came as a shock as her symptoms had initially been mistaken for the flu – but she died just days later after the earth-shattering diagnosis.

And Mike, who also lost his mum and brother in a car accident in 2002, is still struggling to come to terms with his wife’s passing.

Speaking to the MailOnline he said: “I don't even have the words to describe what has happened. It's a joke, a horrible, incredible, unfathomable joke.
Initially Mike was told by doctors that as Saima was young and healthy that she should make a full recovery, but within 24 hours doctors explained that she was the most poorly person on the intensive care ward.

And five days later, Mike held his beloved wife in his arms while her life support was switched off.

He continued: “It was only about a week since she had fallen ill. I'd had no time to process what was going on.

"My pain was so intense; I was even too numb to cry.”

He recalled: “She was buried in her wedding dress, which she’d always said she wanted to wear again one day.” 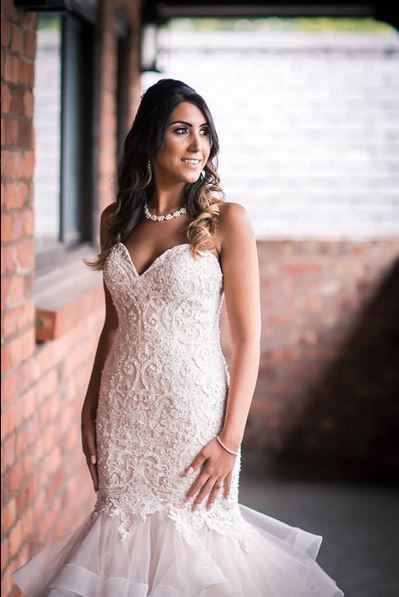 The nursery manager was laid to rest in her wedding dress

Michael had still been floating on a cloud of love when, earlier that month, his nursery manager wife, came down with a rotten cold and saw her GP, who advised her to rest up and take paracetamol, assuming she had a winter bug.

When she felt well enough to go into the nursery the next day, Michael, who now works in his family’s clothing business, was relieved to see her battling through and hoped this meant she would soon be better.

Instead, a few hours later, his phone rang and one of her colleagues urged him to come and collect her, as her health had rapidly declined.

Just four days later, doctors were asking Michael and Saima’s family if they could turn the machines keeping her alive off, as they could not find a heartbeat.

He said: “I gave her a kiss and told her I loved her and that I’d make her proud.”

What had seemed like simple flu-like symptoms had actually been signs of encephalitis, a potentially deadly inflammation of the brain caused when the immune system attacks it in error.

So, rather than snatching his first festive kiss beneath the mistletoe as the husband of the woman he loved, Michael left the hospital wondering how he was going to see out the old year and welcome in the new as a widower.

He said: “Saima was everything to me and now she’d gone.”

When he first set eyes on Saima on their unforgettable first date in Manchester city centre in September 2015, Michael knew immediately that she was all he had ever wanted in a life partner.

They even talked for so long that they accidentally missed their dinner reservations.

Date number two came just a few days later and, after that, the pair were inseparable.

Certain he had met his soulmate, Michael, who then ran a recruitment firm, proposed to Saima in September 2016, a year in to the relationship.

“It may have seemed quick, but there was no doubt in my mind I had found my soulmate,” he said. “Saima was my best friend. She was so elegant – the softest, nicest person you could ever meet.”

He continued: “We loved travelling, going out to restaurants, seeing our circle of friends – just enjoying and building our life together.

“So, after a year together, I took her to Thailand on a surprise holiday. We had a private beach with our own photographer, and that’s where I proposed with a ring I had designed myself.” 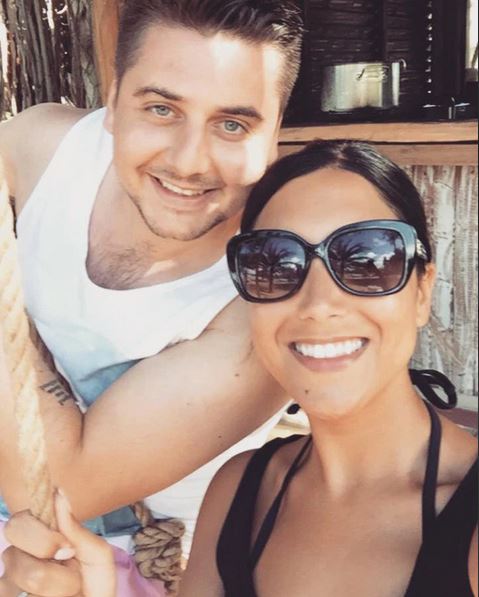 Committing to spend his life with someone was something Michael had feared he would never be able to do, because of past tragedies which had left their inevitable scars.

In December 2002, when he was only 12, his mum Jane, 37, and brother Ben, nine, were killed in a car crash when the family were on holiday in South Africa. Michael and his dad Adam were also in the car but survived.

Michael explained: “Growing up, I had been unsure about relationships and letting somebody in. With what happened to my mum and brother, I was scared to lose another person – but when I met Saima, I fell in love.

“We were proper sweethearts, doing everything together. She was such a compassionate, beautiful woman, and if one good thing can come out of this horrendous situation then it’s to raise that awareness of encephalitis and help other families.”

Michael recalled: “We met when I was 25, and she was 27. At first, she was hesitant, as I was younger than her, and she wanted somebody settled and mature.

“But we chatted anyway and she soon saw that I am an independent person. With what happened to me, I grew up quickly, and have always been a grafter and hard worker. We spoke online for three months before we finally met in person. As soon as I saw her in real life, I fell in love.”

Just under two years later on 26 August 2018, Michael and Saima got married at Victoria Warehouse, a converted textile mill in Manchester, in front of around 150 guests.

Michael said: “I absolutely bawled my eyes out when I saw Saima in her dress. She looked beautiful.

“We got married under a canopy made from my mum’s wedding dress, so that was really special.”

A fabulous two-week honeymoon in idyllic Mauritius followed, after which Michael and Saima were looking forward to a long and happy life as husband and wife.

But they were just four months in when, in early December, she began to feel unwell with the cold-like symptoms that turned out to be encephalitis.