Afterwards, Ruiz admitted that he partied for three months and started training camp way too late for the contest. 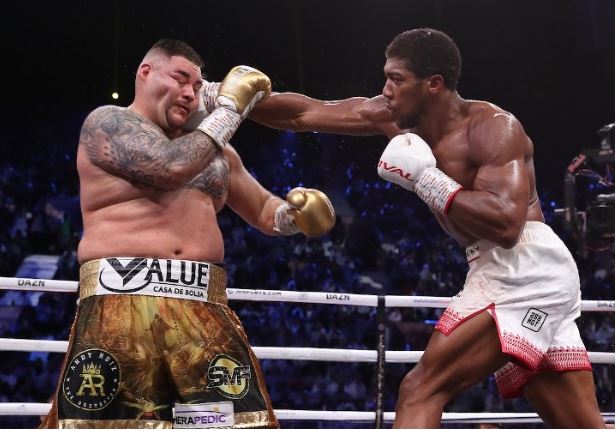 IBF, IBO, WBA, WBO heavyweight champion Anthony Joshua is back in the mix for the biggest fights in his division, after reclaiming his world titles on Saturday night.

He outboxed Andy Ruiz over the twelve round distance to win a wide decision in Saudi Arabia.

The first time around in June, Ruiz dropped Joshua four times to secure a seventh round stoppage in a massive upset at Madison Square Garden in New York City.

Ruiz came in very out of shape, at 283-pounds, which is 15-pounds more than the first contest.

Afterwards, Ruiz admitted that he partied for three months and started training camp way too late for the contest.

According to trainer Manny Robles, he wanted Ruiz to weigh less than the first bout and he wanted him in camp back in July - but Ruiz did not enter camp until some time in September.

Joshua is not paying any mind to what he believes are post-fight excuses from Ruiz.

“I would have loved to have trained the way Andy trained. I would’ve loved that but that’s not the way of a champion. Andy can say all these things but he knew he had a fight and he knew the best way to prepare," Joshua told Good Morning Britain.

“Unfortunately it didn’t go his way and I’m sure he can make those changes, and learning life’s lessons come in different forms and Andy’s was in the form of a loss as well [as mine]. He knows his mistakes, whatever they were or maybe they’re excuses, he just needs to go out there and get it right and come back again.

“I just didn’t listen to these so-called boxing experts who claimed that I wouldn’t be able to reclaim my belts. It’s dangerous going straight into a rematch – not many heavyweights have been able to reclaim their belts – but I believed in my team, I kept my same team that everyone told me to get rid of and I feel like loyalty proves strength and we went out there and proved how good we really are now."

Check Out 10 Of The Oldest Players In Footballing History