A judge is fighting to clear her name after being accused of having group s*x with lawyers in her chamber. 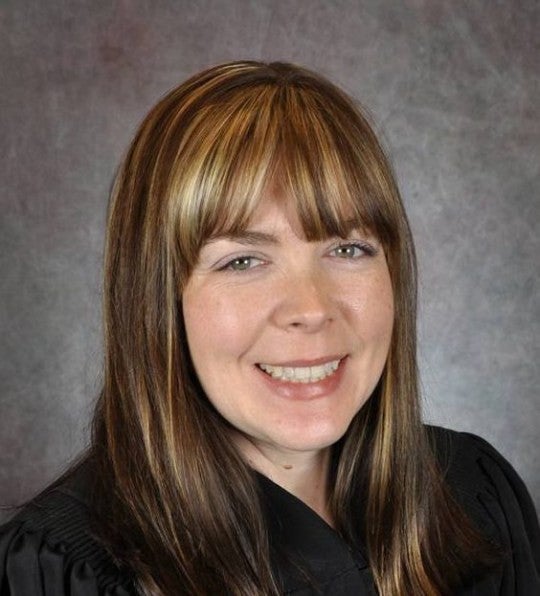 Judge Dawn Gentry
A judge has been accused of using her court room to have group s*x with lawyers, a report by Metro UK has revealed.
Judge Dawn Gentry, 38, from Kentucky, US, is also alleged to have pressurised lawyers into having threesomes with her and her ex pastor lover.
Those lawyers who refused her requests, were then not given preferential treatment in their cases, it is alleged.
Divorced Gentry denies the allegations against her.
She is said to have used social media app Snapchat to flirt with lawyers, according to the Kentucky Judicial Conduct Commission.
Among the charges, Gentry is also accused of having a party involving her secretary and with her lover Stephen Penrose, a former Christian pastor, as well as allowing employees to get drunk on the job.
Top Stories