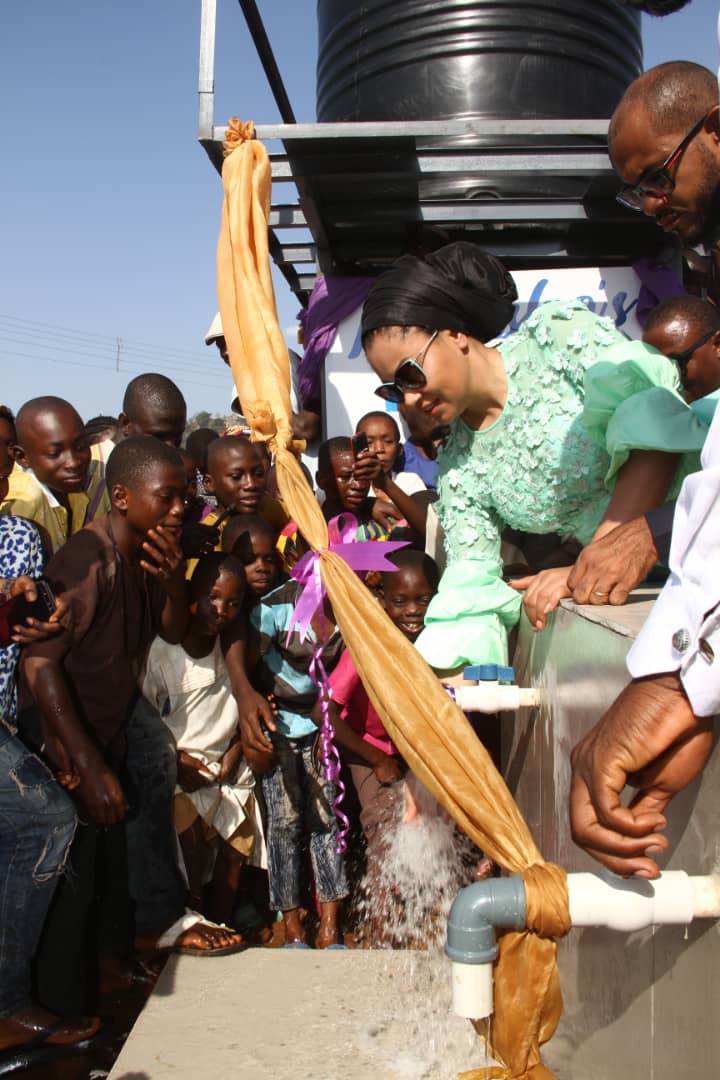 Candidate of the Social Democratic Party in the last Kogi gubernatorial election, Natasha Akpoti has donated boreholes to some communities in Okehi and Adavi local government areas of the state.

Speaking as she inspected and formally opened the bores in in Eika Ohizenyi, Oboroke and Obeiba in Okehi LGA as well as Inorere in Adavi LGA of Kogi State, Natasha said the gesture was meant to impact lives of the downtrodden as part of activities designed to commemorate her 40th birthday which was celebrated on Dec. 9.

She stated that during her governorship campaigns across the state, she realized that one of the top yearnings of the people was the need for potable water among others.

“While I may lack the capacity to provide water to all the communities across the state, I equally believe in starting from somewhere and building on it with time as there is no limit to what one can offer humanity,” she said.

Some of the elders, youths and women of the benefiting communities expressed their joy over the humanitarian gesture and called on others to emulate her.

They prayed God to grant her long life and more opportunities to enable her impacts more lives.

Natasha, after the commissioning ceremony, hosted the people to a short reception at her family house in Obeiba, Ihima local government area of the state.