CP Adeleke made the announcement in a statement signed by the Police Public Relations Officer, DSP Onome Onovwakpoyeya. 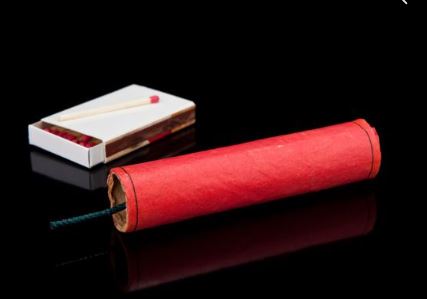 The Delta State Commissioner of Police, CP. Adeleke Adeyinka, has announced that the ban on the use of fireworks is still in forcein the state during the Yuletide season.

He said the Command will enforce all the extant laws prohibiting the use of fireworks such as “knock-out,” “banger” etc.

CP Adeleke made the announcement in a statement signed by the Police Public Relations Officer, DSP Onome Onovwakpoyeya.

While noting that the ban is necessary to safe-guard public safety and avoid distractions to security operatives, especially during the yuletide season, CP Adeleke said, “Parents/guardians are advised to guide their children and wards appropriately as anyone arrested will be prosecuted according to the law.”

CP Adeleke also assured Deltans of their safety at all times just as he called on them to continue to support the police and other security agencies in their untiring efforts at providing a peaceful and secured environment for the people.