It was only his second Premier League start of the season and Rodgers has described his substitution as nothing personal. 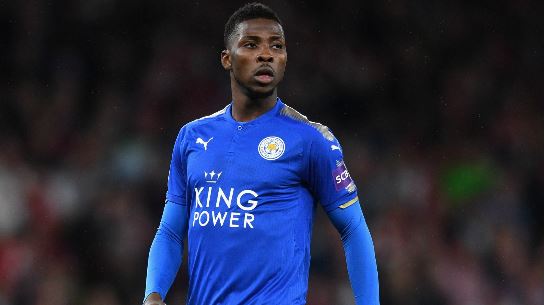 Leicester City manager, Brendan Rodgers, has said that Kelechi Iheanacho was taken off in the half of their 1-1 draw with Norwich City on Saturday, for tactical reasons.

Iheanacho was replaced by Demarai Gray, shortly after the Foxes cancelled out Teemu Pukki’s opener through Tim Krul’s own goal in the 38th minute.

It was only his second Premier League start of the season and Rodgers has described his substitution as nothing personal.

“It was one where we wanted to go to 4-3-3 and when we moved him out to the side, he’s not a natural winger, he’s not one who can play on that outside,” the manager was quoted by Leicester Mercury.

“So I can either leave it and wait until half-time or make the change when I did. And then make the other change on half-time. It was purely a tactical one.

“He was fine. He was disappointed because he’s been terrific for us in the past few games. He understands, he knows it was nothing personal, just the flow of the game needed to change.

“It was probably the right result. We didn’t start so well in our pressing and then our passing was slow. In fairness to Norwich, they played well in that opening period.

“I felt we needed to change it. We started with the same shape as last week but it wasn’t quite working for us. We made the change and the last 15 minutes of the first half was better when we went to 4-3-3.

“In the second half we were much better, but it looked like the ball was never going to drop for us. We got the goal back as well earlier but we just couldn’t quite find that quality and final pass to get the winner.”