The labour unions alleged that the state government had deliberately refused to set up a negotiation committee. 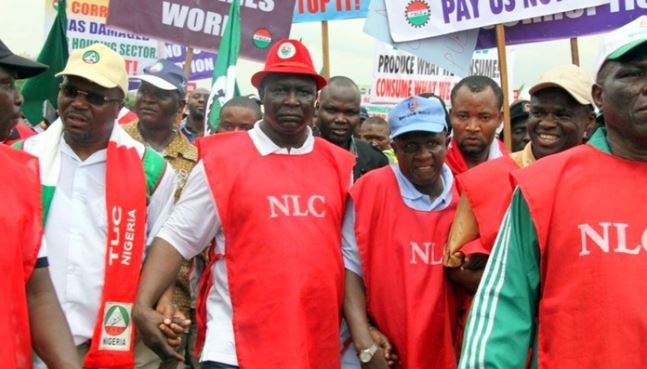 Organised labour in Ogun on Monday threatened to begin a two-day warning strike if its demand for a negotiation committee on the minimum wage is not met by the state government.

The News Agency of Nigeria (NAN) reports that the Nigeria Labour Congress (NLC), the Trade Union Congress (TUC) and the Joint Negotiating Council (JNC) issued the threat on Monday in a statement.

The statement was signed by Emmanuel Bankole (NLC), Olubunmi Fajobi (TUC) and Olanrewaju Folorunso, all leaders of the unions, at an emergency congress in Abeokuta.

The labour unions alleged that the state government had deliberately refused to set up a negotiation committee that would determine the consequential adjustments of the newly signed wage law.

The warning strike, according to them, would commence on Thursday.

They said the state government had “deliberately ignored our letters and various calls for the constitution of the negotiation committee.”

The unions further said they had demonstrated maturity and perseverance while complying with the rule of law.

“It will interest the general public to note that neither acknowledgement nor invitation was received from the state government,” the statement said.

The statement said the failure of the government to accede to the workers’ demands would lead to an indefinite strike on Jan. 2, 2020.