How Police Officers On Highway Forced A Traveler To Make N500,000 Withdrawal


Some police officers have been accused of forcing a traveler to make a withdrawal of N500,000. 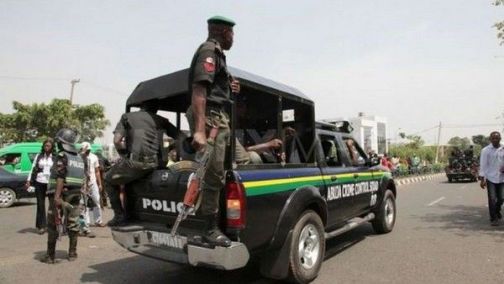 According to NewTelegraph, the Inspector-General of Police, Mohammed Adamu, has been urged to do everything possible to checkmate the nefarious activities of policemen who are on major highways and to ensure the safety of travellers.

According to the Executive Director of Rule of Law and Accountability Advocacy Centre (RULAAC) Okechukwu Nwanguma, his organisation had been receiving disturbing information and complaints about harassment and extortion of people traveling to the Eastern parts of Nigeria by police and other law enforcement agents as well as incidents of kidnappings along the highways.

He disclosed that these crimes were being committed mainly around the Benin axis, particularly, the Benin Bypass.

He said: “Some of the victims have made audio recordings narrating their ugly experiences; others have made posts on social media, while others have called to complain and seek interventions. These crimes are committed at checkpoints where commercial vehicles are stopped at random and the occupants ordered to come down for search of their bodies and luggage.

“The mostly targeted are people who just returned from outside the country. We have received complaints from- or about – some travellers who were taken to ATM points and forced to withdraw money from their accounts and hand over to the police officers before they are let to go. Some are also allegedly forced to effect transfers using POS.”

Nwanguma recounted a recent case, where one Dennise, a Nigerian based in the Netherlands, reported that he just returned to Nigeria for holidays and had a nasty encounter with the police.

“Dennise said that on 8th of December, he was on his way, traveling from Lagos to the East, when he was stopped along Benin Road by a team of security operatives who claimed to be Special Anti-Robbery Squad (SARS) operatives. He said the operatives extorted N500, 000 from him via bank transfer. He posted the transaction information, which showed that the transfer was made through a First Bank POS with the name of the beneficiary given as Chukwuemeka Unah Ewan,” said Nwanguma.

Nwanguma recalled that recently, following information received by RULAAC of a similar extortion in Lagos, upon which the organisation petitioned the Lagos State Commissioner of Police, Hakeem Odumosu, the Lagos State Police Public Relations Officer (PPRO) ensured the arrest of the policemen and recovered the sum of N700,000 from the rogue officers which they forced their victim to transfer to them through POS.

He further explained that days after that incident, a similar one occurred whereby, a young man, who just returned from London reported being arrested along with his friend after their Uber driver, who was taking them to a destination was flagged down.

Nwanguma said: “They were taken to a police station and detained until the next day for no stated offence and released after his relatives transferred the sum of N50,000, which he handed to their captors. Although, the Lagos State PRO, upon being informed about this case, asked the victims to come and assist the Police in identifying the alleged rogue officers, the victims were afraid to go back to the Police.

“We commend the Lagos State Police Command for being firm and decisive in dealing with corrupt and predatory police officers. Unfortunately, this is not the same in other commands.

“Edo State is notorious for these criminal activities by Police Officers under its command. Edo State Police Command should borrow a leaf from Lagos. With the increasing cases and reports of harassment and extortion of citizens travelling to the East, especially along the Benin axis, RULAAC hereby calls on the IGP to make a clear statement warning police officers to desist from posing threats to the rights of citizens to free movement and safety on the roads.

“The IGP is called upon to put in place appropriate measures to protect citizens and to monitor police officers on patrol along major high ways with a view to apprehending those who abuse their powers.”