The Great Danes' forward was rushed to the hospital moments after scoring against Monaco but he is now fine. 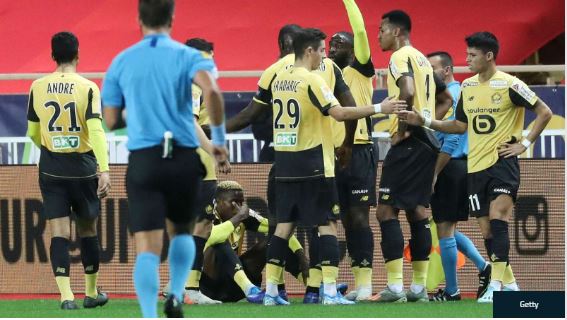 Victor Osimhen sitting on the pitch

Lille have confirmed that Victor Osimhen is back to normal after a health scare during Tuesday’s French League Cup game against AS Monaco.

The Nigeria international put the Great Danes ahead after 19 minutes, but was forced off after complaining with chest pain.
Subsequently, he was replaced by Remy and was rushed to a hospital in Monaco.

However, club manager ‎Christophe Galtier has allayed fears that Osimhen may face a lengthy spell on the sidelines.

“We just talked to him, he's fine. Everything is back to normal. He experienced dizziness and pain,” Galtier told Canal +.

This will come as a relief to Lille that their prized asset will not be unavailable for a substantial period, with the youngster leading the team’s charge for silverware so far this season.

Since his move to France from Sporting Charleroi, the Nigeria international has hit the ground running, scoring 12 goals across all competitions.