He said the operation was executed on Monday under the auspices of 'Operation Rattle Snake'. 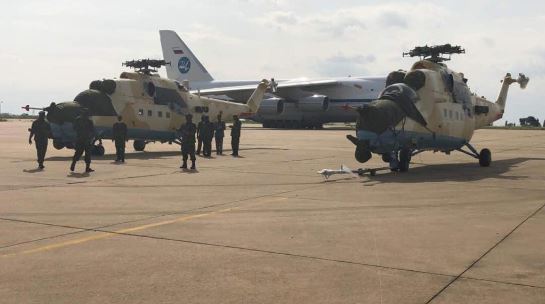 Air Commodore Ibikunle Daramola, NAF Director of Information made this known in a statement on Wednesday in Abuja.

He said the operation was executed on Monday under the auspices of ” Operation Rattle Snake”.

Operation RattleSnake is an Air Interdiction Operation, which targets selected locations within the North East to further degrade remnants of terrorists as well as deny them safe havens and freedom of action.

“The sustained air strikes being conducted by the Air Task Force (ATF) of Operation LAFIYA DOLE under the auspices of Operation RATTLESNAKE have yielded further results with the destruction of another Boko Haram Terrorists (BHTs) Camp at Ngoske in the Sambisa Forest area of Borno.

”The operation was executed on Dec. 16, after a NAF Intelligence, Surveillance and Reconnaissance (ISR) aircraft had, over a series of missions, observed a scaling up of terrorists’ activities in some compounds within the settlement.

”Accordingly, the ATF detailed an enhanced force package of attack aircraft to engage the location.

”Overhead the target area, a significant number of terrorists were observed.

”The munitions from the attack aircraft hit the designated location, wiping out a part of the cluster of buildings in the area and neutralising several of the BHT fighters,” he said.

Daramola added that NAF, operating in concert with surface forces, would sustain its efforts to completely destroy all remnants of the terrorists in the North East.