Two Women Arrested And Charged To Court For Fighting Over Man


Two women have been charged to court for fighting over a man and disturbing the peace of the public. 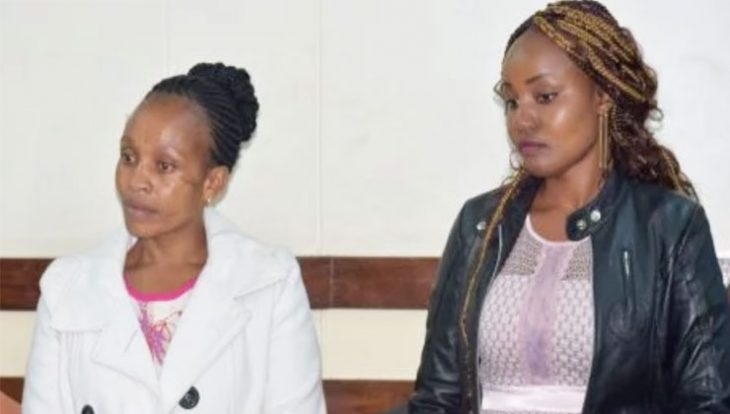 Two women from Nairobi were on Monday, December 16, arraigned at the Makadara Law Courts for engaging in a fight that disturbed the peace of the general public.

The two, who were charged with affray,the offence of disturbing the peace by fighting in a public place  denied the allegations, and were released on Ksh30, 000 cash bail each.

The court was told that the suspects fought each other at a mobile phone shop owned by Murithi.

Wamaitha allegedly stormed Murithi’s shop and demanded to know why she was flirting with her husband. The court heard that Wamaitha’s husband allegedly reported to her that Murithi had made sexual advances at him, and that he wasn’t comfortable being seduced by Murithi.

Wamaitha is said to have hired a spy to monitor Murithi, whom she warned against seducing her [Wamaitha’s] partner.

On November 4, the alleged spy told Wamaitha that Murithi was flirting with her husband in her [Murithi’s] shop. Enraged by the report, Wamaitha stormed Murithi’s stall, where she engaged her in a physical fight.

Wamaitha is further accused of damaging Murithi’s phone by smashing it on the ground. Wamaitha denied the allegation.

Each of the two reported separately to Kamukunji Police Station that she had been physically assaulted by the other.

The rivals were consequently arrested and charged jointly.