See The Pictures Of BBNaija's Tuoyo That Got Women Drooling


Tuoyo went swimming recently and the handsome young man decided to share pictures with his fans. 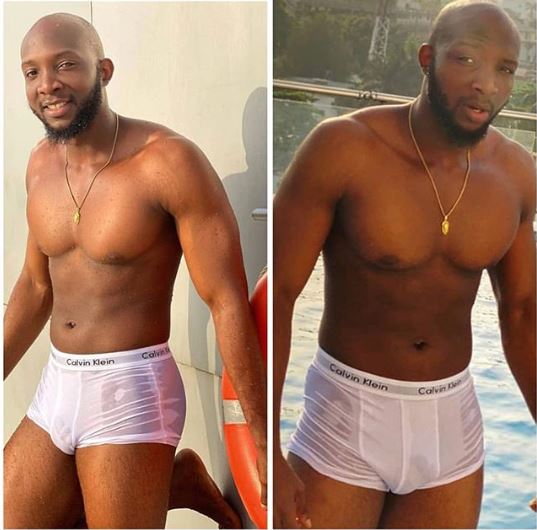 Tuoyo who is a Big Brother Naija star knows he has a fine body and he never fails to flaunt it to thrill his fans. He posted shirtless pictures of himself rocking mere pants and it has elicited admirations from women.

The part-time stripper and model has gained much fame since the reality show ended for him.

Meanwhile, some ladies on social media have teased him about having a small manhood, at least, from what they can see in the pictures.

According to rumours, several women have been dropping private messages for him in recent times.