The Gunners are hoping to tie up an agreement with Manchester City imminently, but will not be under new management at Goodison Park. 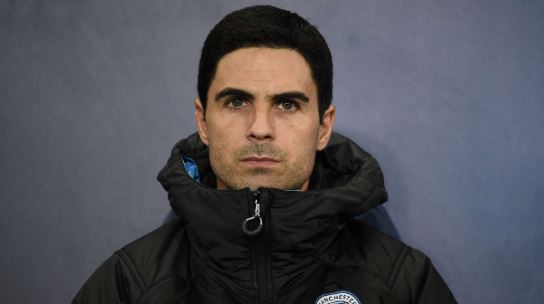 Arsenal are close to tying up a deal to make Mikel Arteta their new head coach, but Freddie Ljungberg will remain in charge for a Premier League trip to Everton on Saturday.

At the end of a protracted saga, the Gunners are in the process of thrashing out the final terms of an agreement with Manchester City.

The former club captain will return to Emirates Stadium and fill the first managerial role of his coaching career .
He has been working alongside Pep Guardiola at City, with enough offered in that post to convince Arsenal that his lack of experience will not be an issue.

The Spaniard will therefore be charged with the task of bringing the good times back to the red half of north London.

It is, however, understood that his reign will not officially open until Boxing Day.

Arsenal are hopeful of having a deal done before their next outing at Goodison Park.

They have pushed their pre-match press conference back 24 hours to Friday in an effort to get the finer details of Arteta’s deal tied up.
Official confirmation of his arrival is expected in the next 24 hours, but no change in the dugout will be made for a trip to Merseyside.

Interim coach Ljungberg has overseen training this week and will select another starting XI against Everton.

If everything goes to plan, then Arteta will take in that contest from the stands.

He had been mooted as a possible candidate to take the Toffees’ reins, as they remain in the market for a successor to Marco Silva.

That search appears to have led them towards former Chelsea and Real Madrid manager Carlo Ancelotti, freeing Arteta to link up with another of his former clubs.
He was first linked with Arsenal back in 2018 when it was revealed that Arsene Wenger would be stepping down after 22 years.

Emery was favoured on that occasion, but another Spaniard is now set to get his big break.

Arteta’s first game at the Gunners helm is likely to be a trip to Bournemouth on December 26, with a London derby against Chelsea following on the back of that before 2020 is welcomed in with a home date against old adversaries Manchester United.