Luxurious brand, Louis Vuitton releases the most expensive condom in the world. 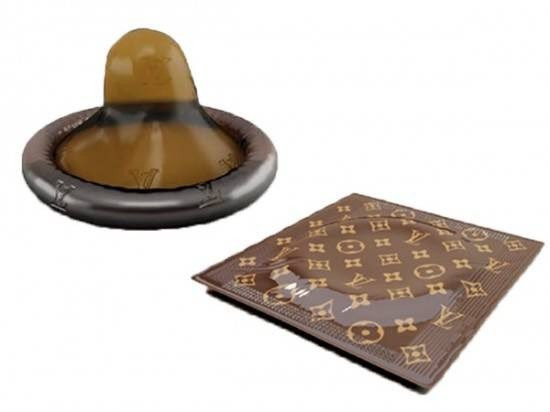 Photos of a Louis Vuitton condom which costs $68 (N25,000) has gone viral on social media.

This is the World’s Most Expensive condom. It costs $68 (about N24,000) to get only one. It is a Louis Vuitton condom. Note that Louis Vuitton is one of the biggest and most profitable luxury brands on the planet.

This brand is popular for designer bags, shoes, jewelry and other personal effects. But the brand now sells condoms. For six consecutive years (2006–2012), Louis Vuitton was named the world’s most valuable luxury brand.

Also, The 2016 Best Global Brand Report named Louis Vuitton the world’s most valuable luxury fashion brand. It was also ranked number one in this category by Forbes in 2017. So Louis Vuitton condom is a classy affair.

But wait a minute, there was more to this condom brand which you need to note. The proceeds go to The Foundation For AIDS Research. So you see, when one is sold, the Foundation For AIDS Research gets the proceeds, though some people have why someone cannot just send the money straight to the Research agency instead of having to buy a condom first.

The condom which was designed by Georgia Republic architect Irakli Kiziria, is enveloped in the label's notorious brown packaging and adorned with what looks like raised lettering which many claimed is for enhanced pleasuring.

Twitter user @Adeke_Funso who shared photos of the condom tweeted: 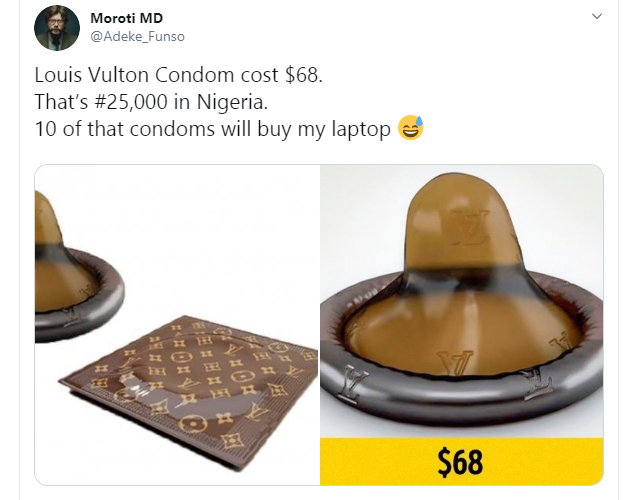