I Once Sold Bread By The Roadside - Oyo Governor, Seyi Makinde


Makinde also told the crowd of worshippers that he had paid a midnight visit to the spot to ascertain if an alternative arrangement had been put in place for the street traders. 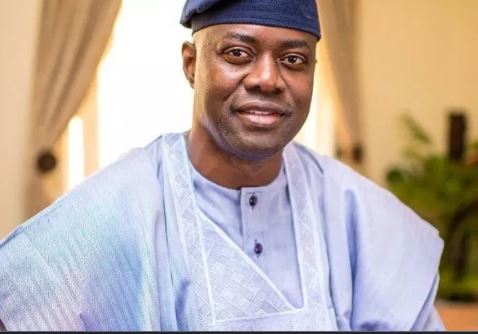 Governor Seyi Makinde of Oyo State has explained his decision not to chase street traders off the streets of the state without making alternative arrangements for them. Makinde said his decision stemmed from his experience as a boy street trader at Yemetu, an Ibadan neighbourhood.

The governor spoke at the Oja’ba Central Mosque, Ibadan during a special prayer to commemorate his 52nd birthday.

“Somebody said that I was quoted as saying that I would not chase away street traders without providing them with alternatives. Yes, that is true because I know the mentality of street trading. I once sold bread by the roadside in Yemetu.

“I said so because we cannot send them away until we provide an alternative for them. And we have started enforcing that. We did that at Ojoo where we asked people not to trade at the point where we want to situate our modern terminus.”

Pledging his commitment to the educational and economic restoration of the state, he reiterated that he would not banish street trading without providing the people with alternatives.

Makinde also told the crowd of worshippers that he had paid a midnight visit to the spot to ascertain if an alternative arrangement had been put in place for the street traders.

He said, “Recently, I went there in the midnight to make sure that where they will relocate the traders to must be a comfortable place, equipped with necessary infrastructure so that when they make their sales, they may reconsider going back to the roadside.

“I actually understand the situation because I once sold bread in front of Adeoyo Hospital in Yemetu. The money that I made from bread-selling was used to assist my mother; it was expended on my education.”

While expressing gratitude to the people for praying with him and wishing him well, he said, “Your prayers are important to me. It doesn’t matter if we have a multitude. What we have here is a quality crowd.”

Assuring the people of the state that his government would be open to corrections, he said, “We don’t know it all. If people tell us what we need to do, we will act. I am not proud to the extent that I can’t reverse myself; I know that pride comes before a fall.